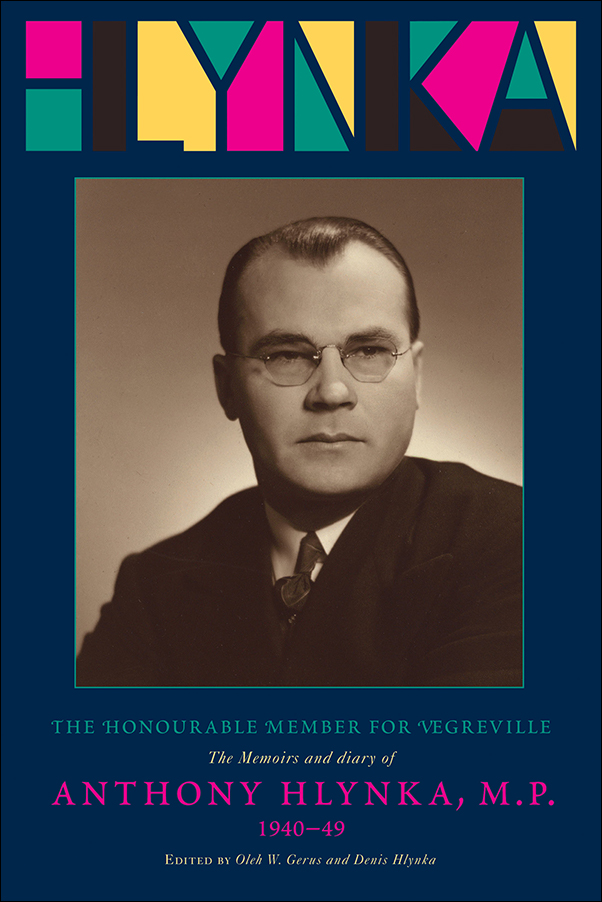 The Honourable Member for Vegreville: The Memoirs and Diary of Anthony Hlynka, M.P. (1940-49)

By Anthony Hlynka, Edited and Translated by Oleh W. Gerus and Denis Hlynka

Anthony Hlynka was the only sitting Member of Parliament of Ukrainian origin from 1940 to 1945. This book, translated from his personal memoirs and diaries, offers an unprecedented insight into his personal and professional life.

Translated from personal memoirs and diaries, this is a compelling story of Anthony Hlynka, the only sitting Member of Parliament of Ukrainian origin from 1940 to 1945.

Representing the constituency of Vegreville, Alberta, for the Social Credit party, Hlynka was a high-profile Member of Parliament who garnered much attention from the English-language press. He was instrumental in raising awareness of human rights issues and the plight of displaced persons following the Second World War and was a major supporter of the so-called third wave of Ukrainian immigrants to Canada.

When he died unexpectedly at the age of fifty, Hlynka had begun work on his memoirs. Now, fifty years later, with the materials provided by his widow, Stephanie Hlynka, the editors of this volume have crafted a unique and significant contribution to the historical memory of Ukrainian Canadians.

Oleh Gerus is a professor of history at the University of Manitoba and author of numerous books and papers dealing with Ukrainian history.