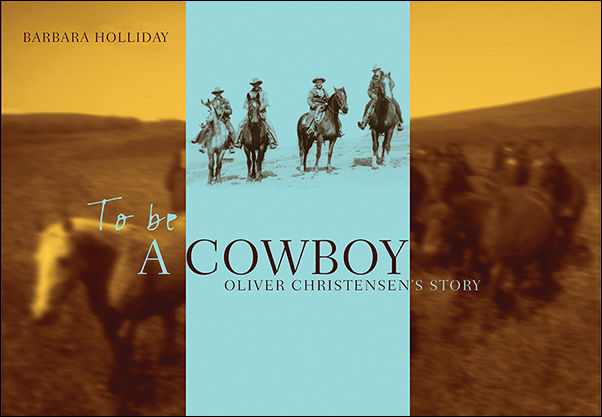 To Be a Cowboy: Oliver Christensen's Story

By Barbara Holliday, As Told By Oliver Christensen

The story of a father and son, their dreams of success on the farm and the range, and the realities of life in Alberta at the turn of the 19th century.

During a time of two world wars and a sluggish world economy, many Northern Europeans left their homelands to build the American and Canadian West with dreams of abundance and new life. Spanning a period from the late 1800s to the mid-1900s, To Be a Cowboy recounts the dreams and realities of a father and a son.

Otto Christensen came to North America in the early 1900s as an indentured farm worker from Denmark with a dream of becoming a successful farmer in Alberta. His son, Oliver, grew up on his father’s farm during the Dirty Thirties and soon realized his dream of becoming a cowboy in the mid-1940s.

As a rider at the Bar U Ranch—the largest, most successful ranch in Canada at the time—Oliver discovered life as a cowboy could not be his for long. Based on oral history interviews and a treasure trove of family papers, To Be A Cowboy is a compelling memoir that paints a portrait of a dying way of life.

Barbara Holliday was a historian on the Bar U Ranch National Historic Site development project for six years. Born in Manitoba, Barbara moved from one Canadian Navy base to another, dreaming of owning a horse and living in Alberta one day.