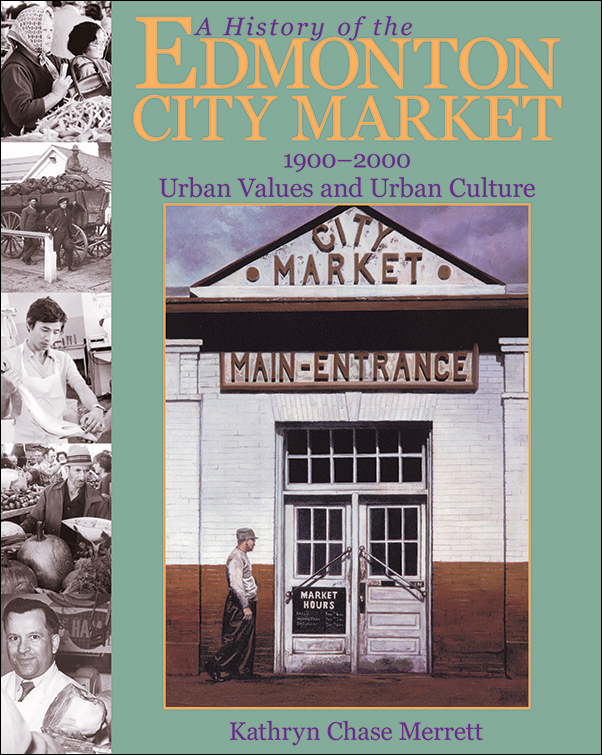 A History of the Edmonton City Market 1900-2000: Urban Values and Urban Culture

A Sunday-morning staple since its opening in December 1900, the Edmonton City Market has played an important role in the evolution of the city. Waving together the stores of market vendors and customers with careful research, this book tells the story of the market and the city, of their co-evolution, and of changing urban culture.

Richly textured with archival photographs, drawings, maps, anecdotes and interviews, A History of the Edmonton City Market reveals how the market survived and thrived in the heart of a city that grew from a frontier outpost to a high-rise metropolis. Kathryn Chase Merrett sheds light on the turbulent relationships between the city’s cultural and agricultural values, and the sometimes contradictory civic aspirations of the city’s officials.

Essential reading both for those who love the market and for those who have yet to shop there, A History of the Edmonton City Market is a comprehensive examination of a long-lived, much-loved institution, seamlessly integrating the lively details of market life with wider contexts of urban, economic, and cultural studies.

Kathryn Chase Merrett obtained her master’s degree in history from the University of Alberta in 1992. She is editor of the architectural, dance, film, and theatre articles in the Canadian Encyclopedia. She has been a resident of Edmonton since 1967.

Praise for A History of the Edmonton City Market

These stories are presented with care and attention . . . Chase Merrett effectively stitches this social history into the economic and political fabric of the city’s past.