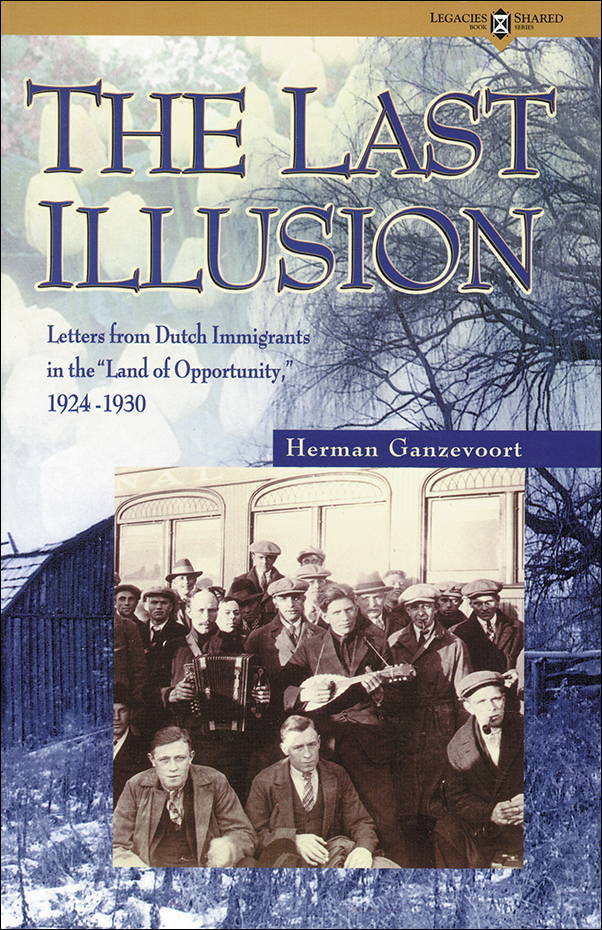 The Last Illusion: Letters from Dutch Immigrants in the "Land of Opportunity" 1924-1930

Edited and Translated by Herman Ganzevoort

The story of Dutch immigration to Canada is illuminated using rare primary sources that offer new insight into the struggles, troubles, and triumphs of Dutch settlers in the 1920s.

Information about Dutch immigration to Canada has been scarce and difficult to find as much was lost during the German occupation of Holland during World War II—Until Now. Author Herman Ganzevoort has unearthed and translated rare letters and articles written by Dutch immigrants during the 1920s which offer stunning new insight into the struggles the Dutch faced in their new country.

These letters open up the inner dimensions of Dutch immigrants: their reasons for the emigration, their hopes, their fears and best of all, their experiences in Canada. Their experiences are recounted not as reminisces or memoirs screened and filtered by the passage of time, but are immediate and compelling. The writers share their feelings and show an openness that was uncommon for their culture and time. Their writing vividly portrays the pain caused by separation and loss and the shared joys and exhilaration when goals were reached.

The Last Illusion powerfully and sensitively illuminates the world of Dutch settlement in Canada, shedding new light on a story of immigration that has too long gone untold.

The Last Illusion was published as a part of Legacies Shared

Priase for The Last Illusion

This marvellous gem is full of wonderful bits of information about life in Canada in the 1920s . . . Ganzevoort deserves a polite round of applause for rescuing these forgotten contributions from the obscurity of a disintegrating archive.