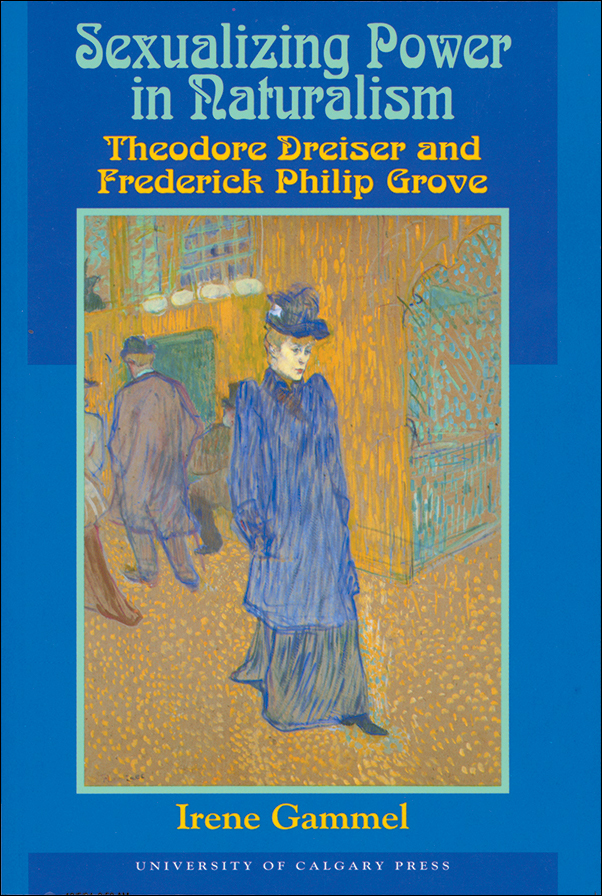 Sexualizing Power in Naturalism sheds light on the function of female sexuality in a predominantly male genre: naturalist fiction.

Author Irene Gammel reveals that naturalism is frequently implicated in the very power structures it critiques. Reading European and North American naturalism through the lens of feminist and Foucaultian theories of power, Gammel argues that twentieth-century naturalism increasingly deconstructs itself in its depiction of sexuality, inevitably exposing the genre’s internal ideological contradictions. The book makes a special contribution to Canadian studies.

Irene Gammel is Assistant Professor in the English Department at the University of Prince Edward Island. She has published on women’s issues in early twentieth-century literature.

Praise for Sexualizing Power in Naturalism

Irene Gammel has authored a major trail-blazing text of feminist (re)readings of Dreiser, one that leaps into the lacuna in feminist analysis of his work. If we are on our way to a post-gender world, her substantive book helps us understand how we get there by showing us where we’ve been

Gammel’s book is extremely lucid, readable and coherently presented . . . Anyone interested in Grove and Dreiser, in naturalism or in the sexualization of power and discourse will find much suggestive—even provocative—material in this book.

[Gammel] excels in placing Grove’s German works in context, and is especially adept at outlining the subtleties of Grove’s original prose.

Irene Gammel’s study . . . should become the indispensable text for any further study of either or both [Theodore Dreiser and Frederick Philip Grove]. [She] deftly moves their texts away from the monologic discourse that critics have for the most part structured them as.