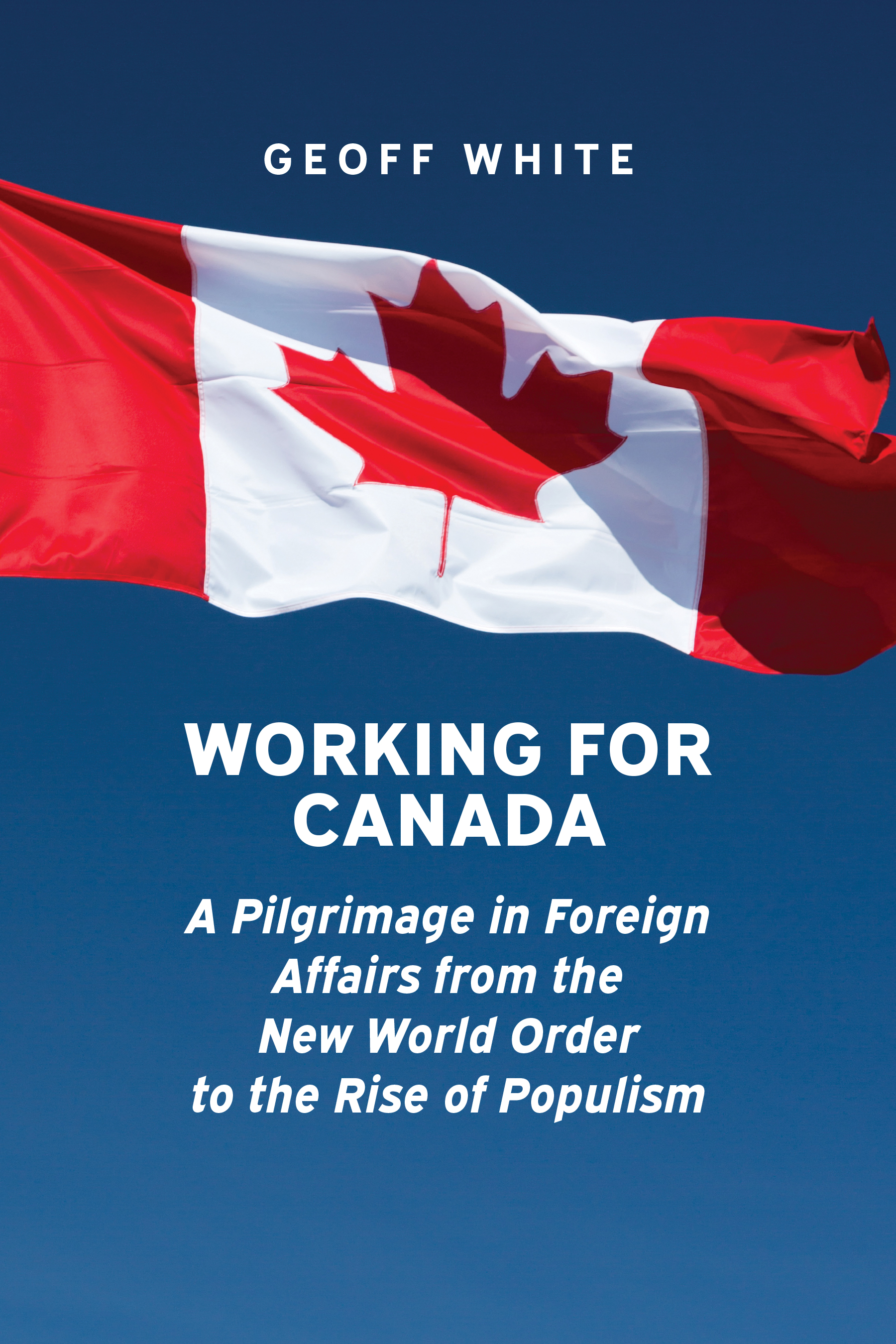 Working For Canada: A Pilgrimage in Foreign Affairs from the New World Order to the Rise of Populism

A deeply insightful memoir tracing Geoff White’s career as an officer of Global Affairs Canada, providing a clear view of diplomacy and international affairs as they are practiced.

An officer of Global Affairs Canada from 1990–2018, Geoff White is a career expert in Canadian foreign policy. In Working for Canada he shares that expertise, illuminating the often invisible work of creating and enacting international policy. Writing with clarity, wit, and common sense, White demystifies Canadian diplomacy and provides a clear view of how it actually works—and when it doesn’t.

Reflecting on the headlines, highlights, and sometimes scandals of a long and successful career, White offers a highly readable blend of personal recollection and political insight. He begins with his first assignment in communications planning during the 1991 Persian Gulf War and continues through the establishment of NAFTA, humanitarian intervention in Kosovo, softwood lumber, during assignments at headquarters and in Canadian embassies abroad. He shares his experiences of negotiating aviation agreements with foreign governments, and of diplomatic efforts aimed at restoring and protecting human rights.

Working for Canada is a fascinating memoir tracing a career spent in the service of Canada and Canadians. At the same time, it provides an unparalleled insider view into communications, negotiations, international trade, and diplomacy.

Geoff White is a former diplomat and journalist with wide-ranging experience in foreign and trade policy. He was an officer of Global Affairs Canada from 1990-2018.