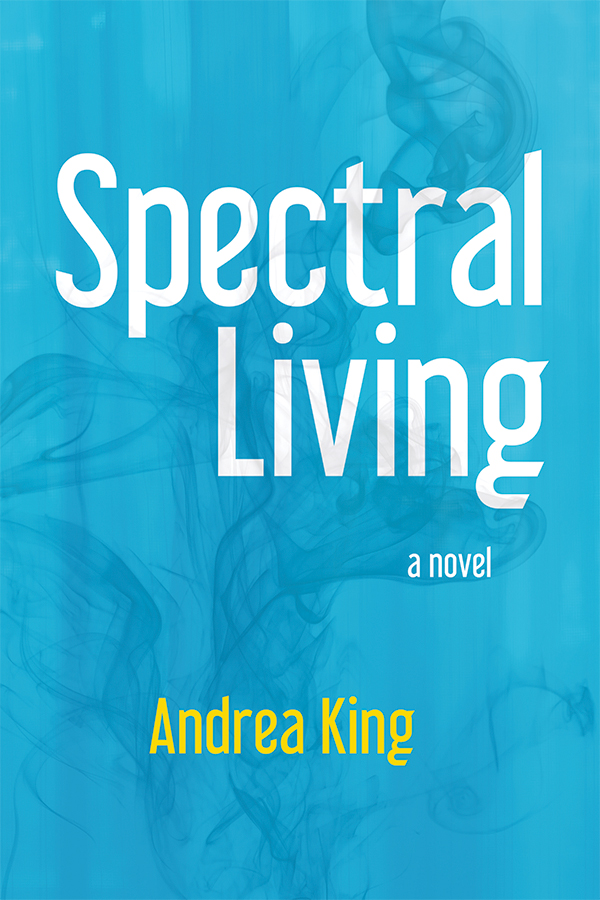 Andrea King writes a provocative, cerebral, and subversive ode to love, academic life, and the redeeming power of creativity.

Marian lives in a world of specters. She is devoted to her research on ghosts in Québécois literature to the exclusion of nearly everything else, including her husband. When an after-hours encounter at a conference sparks an uncomfortable attraction to her professor, Rémy, the ghosts of her research begin to haunt her—all too literally.

As his flirtation with Marian becomes a full-blown affair, Rémy wonders if he’s courting his own demise. Not only is he betraying his fiancée, he is also violating university policy, putting his career at risk. Desperate to create art out of chaos, he revives his long-held dream of becoming a writer and, in the process, must confront the tales he tells himself and others.

Spectral Living is a poignant and powerful story about the tension between worlds: between the academic and the artistic, between the living and the dead, between languages, and between people—even in their most intimate relationships.

Andrea King holds a PhD in French Studies and is an associate professor at Huron University College in London, Ontario, where she teaches French and creative writing. Her fiction has appeared in Geist magazine.