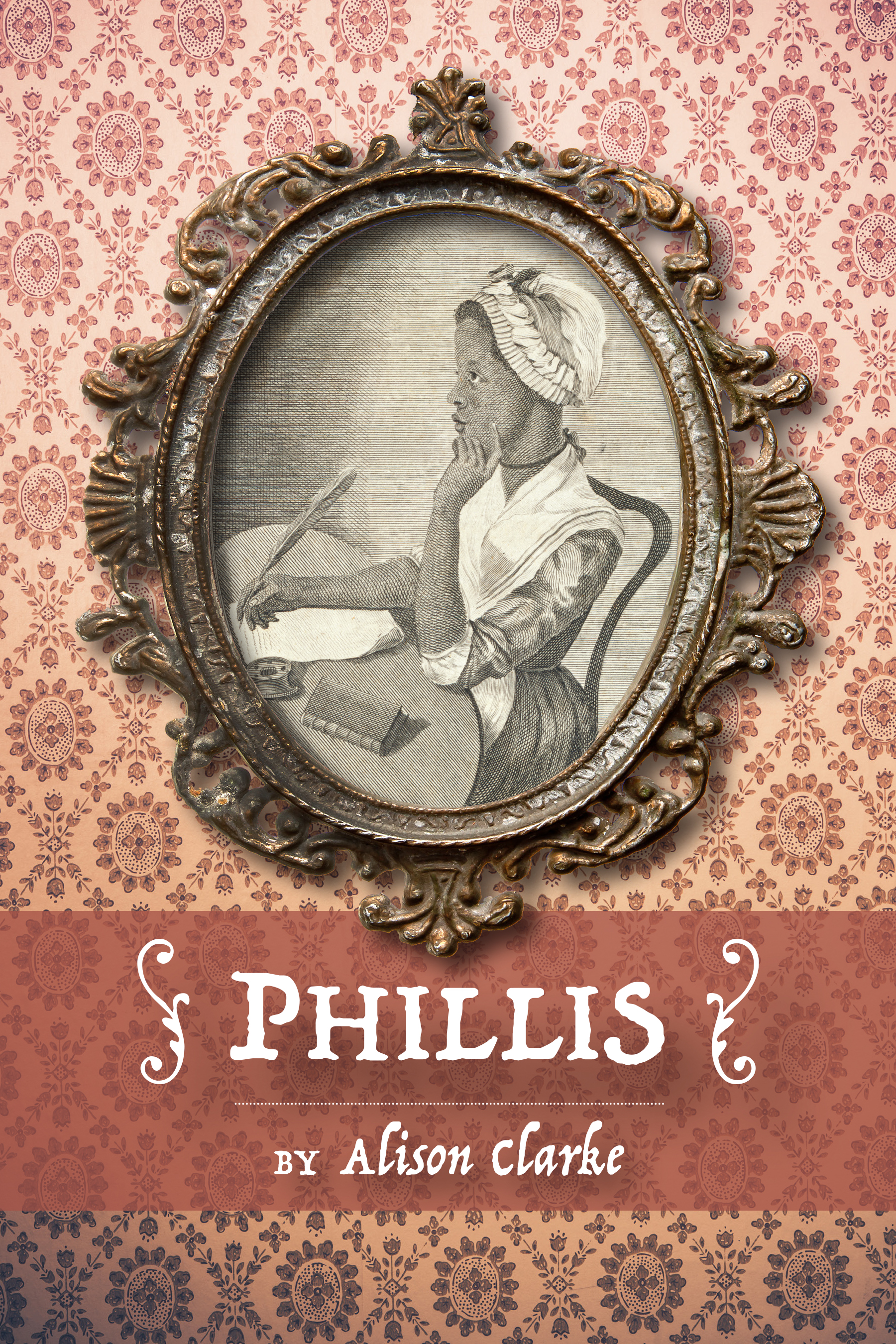 These poems reach through time to tell the remarkable story of Phillis Wheatley, the first African-American woman to publish a book of poetry, and who did so while she was enslaved.

In Phillis, Alison Clarke reaches through time to tell the story of this remarkable woman. Through a series of poems and prose-poems, Clarke presents Wheatley’s world with depth and liveliness, reimagining the past for a modern audience while bringing sensibility and passion to the story of Wheatley’s life. Wheatley’s story is told in first-person poetry that illuminates significant chapters of her life, capturing the brilliant heights of her writing career along with the inevitable, brutal injustices she faced as an enslaved Black person in North America.

Interspersed with poems written from the viewpoint of Black intellectuals, entrepreneurs, and other people who themselves were inspired by Wheatley, this is a collection of poetry that celebrates the resilience and accomplishments of Black history.

Alison Clarke is a writer and artist. She is the author of The Sisterhood Series, and winner of the Diversity Magazine Award for Writer of the Year and Book of the Year. Alison teaches creative writing and visual arts, and holds a Master’s degree in Children’s Literature from Hollins University.

Phillis is a testament to the power of literature, particularly poetry . . . as a medium capable of containing the multitudes of history waiting to be written into being.

Clarke gives Phillis Wheatley a voice that sings, in how she gives us a sense of her life before slavery, during, and after . . . You’re gathered into her life, and you feel blessed because of it. That Alison Clarke has done this so very artfully, and with such detailed scholarship and research, is a brilliant thing.

Phillis is intensely packed with ideas . . . [an] engrossing deep dive into the iconic poet’s life.

By placing herself inside Phillis Wheatley, Alison Clarke writes an ode to freedom. The eighteenth and twenty-first-century poets are intertwined, and the past and present illuminate each other. Phillis’ suppressed anger at being ripped from her homeland and family is expressed in powerful language.

—Adriana A. Davies, historian and poet

To read Alison Clarke’s Phillis is to witness the emergence of a necessary voice for our time. This poetic homage to Phillis Wheatly descends into the depths of unimaginable suffering, then flies into the ethereal plane, and again down into the deepest gashes and clashes caused by systemic discrimination. In the gap, we not only come face to face with unbearable despair and loss, but also with a history that highlights the strength of the human spirit as seen through the work of those who had vision, thus nevertheless persisted, and continue to persist in doing what has to be done.

Phillis is a book that demonstrates how a short, brave life can influence others who in turn influence others to acts of courage in the appallingly long journey for Black freedom and justice in the world today.

—Joan Crate, poet and author of the novel Black Apple

Alison Clarke’s stunning poetry collection conceives of a Phillis Wheatley who, though she wrote nothing of her life before her passage across the Atlantic, remembers the past from which she was kidnapped. Clarke’s great achievement is to center not the testing of Wheatley’s genius as a poet, but her own self-understanding as a griot and her relationships with kin past, contemporary, and future. The result is a collection that imagines realities evacuated from previous accounts of Wheatly’s life and work. In doing so, Clarke pieces together what may have been from what remains in archives that, by their nature, are anti-Black in their occlusion or reduction of Black life in its fullness. With this collection, Clarke joins critical fabulists such as Afua Cooper and Saidiya Hartman.

Phillis in the Media

Canadian Poetry Collections to Watch For in Fall 2020, CBC Books