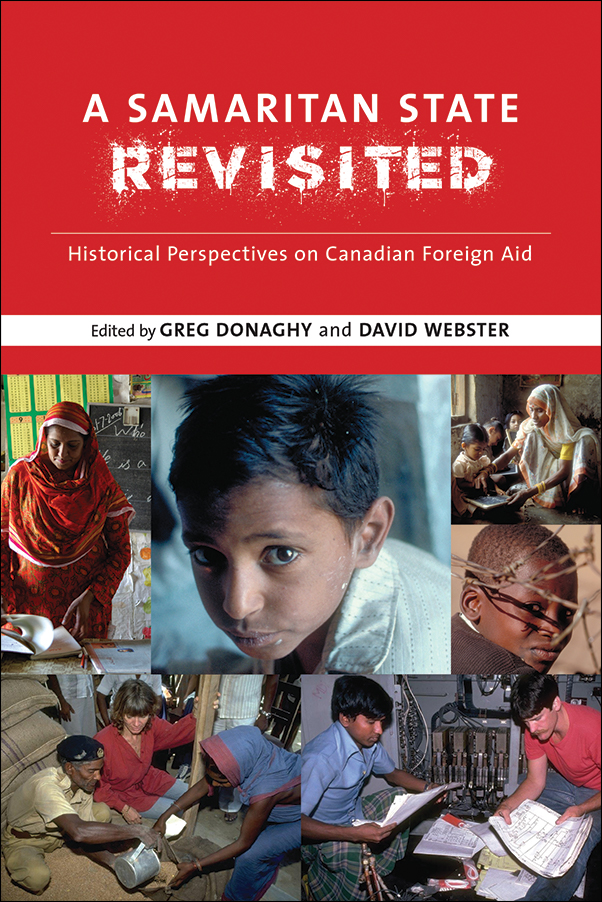 Canada’s foreign aid programs are an area of ongoing interest, yet there is little knowledge of Canada’s 70-year aid history, the historic forces that have shaped Canadian aid policy, and the many complex factors that affect Canada’s future foreign aid policy.

A Samaritan State Revisited brings together a refreshing group of emerging and leading scholars to reflect on the history of Canada’s overseas development aid. Addressing the broad ideological and institutional origins of Canada’s official development assistance in the 1950s and specific themes in its evolution and professionalization since the 1960s, this collection is the first to explore Canada’s history with foreign aid with this level of interrogative detail.

Extending from the 1950s to the present and covering Canadian aid to all regions of the Global South, from South and Southeast Asia to Latin America and Africa, these essays embrace a variety of approaches and methodologies ranging from traditional, archival-based research to textual and image analysis, oral history, and administrative studies. A Samaritan State Revisited weaves together a unique synthesis of governmental and non-governmental perspectives, providing a clear and readily accessible explanation of the forces that have shaped Canadian foreign aid policy

Greg Donaghy is head of the Historical Section, Global Affairs Canada. He is co-Editor of From Kinshasa to Kandahar: Canada and Fragile States in Historical Perspective.

David Webster is an associate professor of History at Bishop’s University. He is author of Flowers in the Wall: Truth and Reconciliation in Timor-Leste, Indonesia, and Melanesia

Praise for A Samaritan State Revisited:

A Samaritan State Revisited will both act as a signpost, marking what has been accomplished (historiographically) so far, and serve as a valuable reference point as the task of developing the history of Canadian aid—in all its manifestations and complexity—continues.

A Samaritan State Revisited offers a fascinating window into one aspect of Canadian political history, while simultaneously opening up broader lines of inquiry in contemporary international relations.

Canada’s international assistance has constituted a significant, yet underappreciated, facet of Canada’s role and impact on the world stage. This book provides an illuminating account of how the aid relationship was initiated and evolved over the past seven decades, in Asia, Latin America and Africa. It is a welcome, and overdue, contribution to the historiography of Canada’s foreign relations.

A Samaratain State Revisited in the Media

Neither Hero nor Villain: Canada Stuck in the Middle of the Pack on International Aid, The Conversation