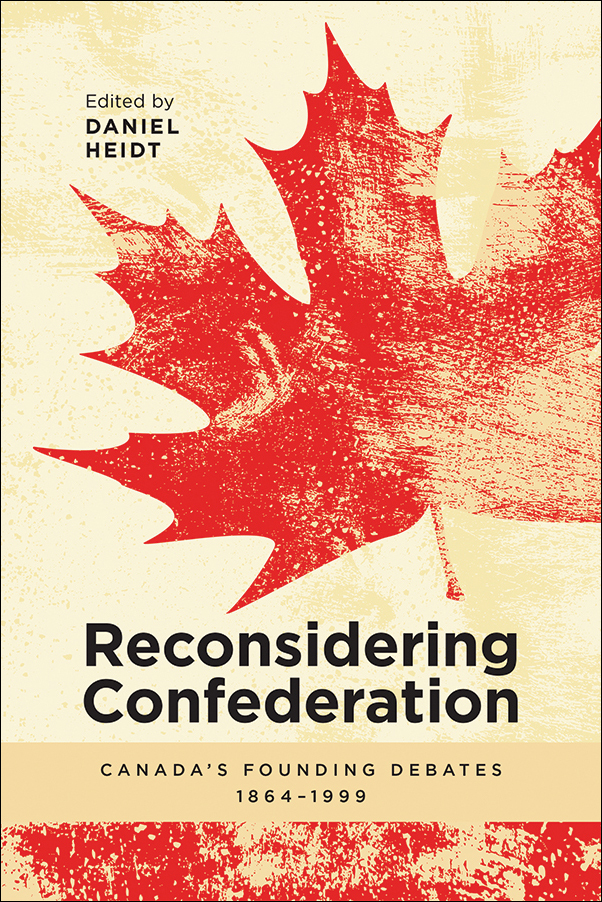 Canada’s leading historians explore the ongoing process of Confederation and how the Provinces, Territories, and Treaty Areas became the political frameworks—and the country—we know today.

July 1st 1867 is celebrated as Canada’s Confederation – the date that Canada became a country. But 1867 was only the beginning. As the country grew from a small dominion to a vast federation encompassing ten provinces, three territories, and hundreds of First Nations, its leaders repeatedly debated Canada’s purpose, and the benefits and drawbacks of the choice to be Canadian.

Reconsidering Confederation brings together Canada’s leading historians to explore how the provinces, territories, and Treaty areas became the political frameworks we know today. In partnership with The Confederation Debates, an ongoing crowdsourced, non-partisan, and non-profit initiative to digitize all of Canada’s founding colonial and federal records, this book breaks new ground by integrating the treaties between Indigenous peoples and the Crown into our understanding of Confederation.

Rigorously researched and eminently readable, this book traces the unique paths that each province and territory took on their journey to Confederation. It shows the roots of regional and cultural grievances, as vital and controversial in early debates as they are today. Reconsidering Confederation tells the sometimes rocky, complex, and ongoing story of how Canada has become Canada.

Daniel Heidt is an independent scholar whose numerous publications focus on Ontario and Canadian political history, as well as the Arctic during the Cold War. He is the founder and manager of The Confederation Debates.

A significant contribution to a well-studied field. I wholeheartedly recommend it to readers both expert and general.

An impressive reconceptualization of Canadian constitutional history, the work of both established and new scholars, here packaged in a particularly accessible way for anyone who teaches such things.

Much more than a basic outline of regional differences during the process of Confederation, this collection reconceptualizes Confederation as an ongoing political treaty between three founding peoples—English, French, and Indigenous—which continues to unfold today . . . Reconsidering Confederation fills a genuine need for self-reflection concerning long standing preconceptions the permeate both the scholarly and the popular mythology of the Canadian Union.

This book signals a turning point in generalist histories about Canada’s ongoing confederation.

This collection brings to the fore the dialogues and debates that shaped the modern state and the compromise between local autonomy and central governance that continues to animate it.