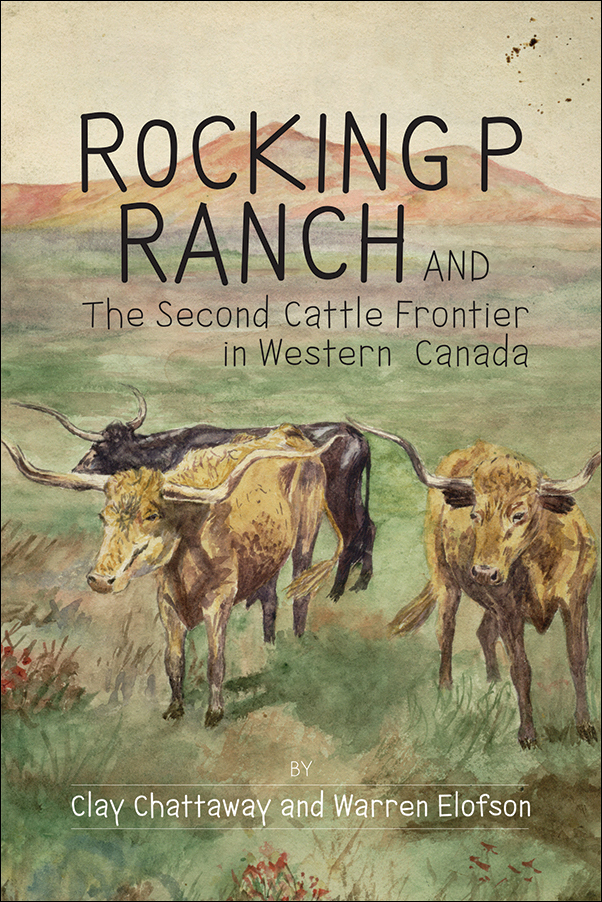 Rancher Clay Chattaway and scholar Warren Elofson draw on the remarkable amateur newspaper The Rocking P Gazette as a lens through which to view the Second Cattle Frontier.

The Rocking P Ranch was one of the most ambitious family ranches in Southern Alberta. Founded in 1900 by Roderick Riddle Macleay, the Rocking P flourished during the Second Cattle Frontier as open-range Texas System ranches failed.

Beginning in 1923, Maxine and Dorothy Macleay edited, reported, and published The Rocking P Gazette, a monthly newspaper grounded in the daily life of the Rocking P Ranch. With an audience of their parents and relatives, cowpunchers, teachers, and cooks, the 12- and 14-year-old sisters set out to create a family newspaper that reflected as closely as possible the commercial publications of the time. With sections for local news, advertisements, riddles, poetry, and contributions from Macleay ranch hands, The Rocking P Gazette brings the family ranch to life.

Clay Chattaway and Warren Elofson draw upon this remarkable resource to explore the Second Cattle Frontier and to tell the story of the Rocking P Ranch. Through the lens of The Rocking P Gazette, Chattaway and Elofson detail not only a system of agricultural production, but a way of life that continues to this day.

Clay Chattaway is a cattle rancher and grandson of Roderick Riddle Macleay. With his wife, Avril, his three sons and their families, Clay operates the Bar S Ranch in the Porcupine Hills west of Nanton, Alberta.

Warren Elofson is a Professor of History at the University of Calgary. He is the author of a number of books on Canadian, American, and Australian ranching history, including Somebody Else’s Money and So Far and Yet So Close.

The book succeeds as a celebration of [a] family’s achievement, of the rich set of sources left behind as a result, and as an look inside ranch life in the first half of the twentieth century.

A lively read and a captivating account of the Rocking P. Ranch.

A great collaboration that brings family ranch history to life!

A lively account of the Rocking P. Ranch and southern Alberta ranching life in the first half of the twentieth-century.

This fascinating account, enriched by the artwork of Dorothy and Maxine Macleay, serves as a reminder that young people are often astute observers and commentators.

Rocking P Ranch in the Media

Ranch History Book Based on Old Newspaper, The Western Producer