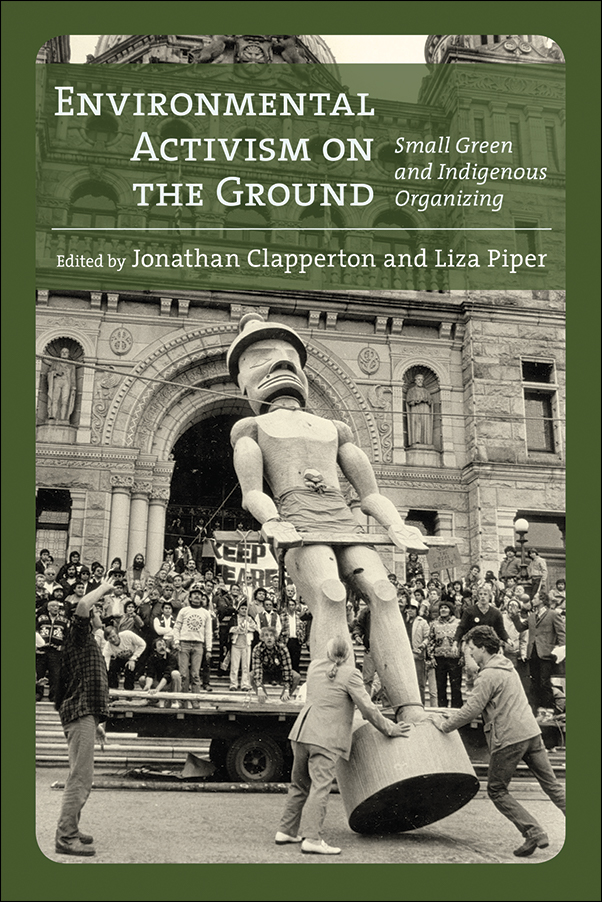 Environmental Activism on the Ground: Small Green and Indigenous Organizing

Individual people working within their communities have the power to create incredible change. This collection offers the history of environmental activism from the ground up along with lessons and direction for activists today.

Environmental Activism on the Ground draws upon a wide range of interdisciplinary scholarship to examine small scale, local environmental activism, paying particular attention to Indigenous experiences. It illuminates the questions that are central to the ongoing evolution of the environmental movement while reappraising the history and character of late twentieth and early twenty-first environmentalism in Canada, the United States, and beyond.

This collection considers the different ways in which Indigenous and non-Indigenous activists have worked to achieve significant change. It examines attempts to resist exploitative and damaging resource developments, and the establishment of parks, heritage sites, and protected areas that recognize the indivisibility of cultural and natural resources. It pays special attention to the thriving environmentalism of the 1960s through the 1980s, an era which saw the rise of major organizations such as Greenpeace along with the flourishing of local and community-based environmental activism.

Environmental Activism on the Ground emphasizes the effects of local and Indigenous activism, offering lessons and directions from the ground up. It demonstrates that the modern environmental movement has been as much a small-scale, ordinary activity as a large-scale, elite one.

Jonathan Clapperton is an adjunct professor in the Department of History at the University of Victoria. He specializes in Indigenous history and culture in the North American West, and works as an expert witness and historical consultant for numerous Indigenous communities.

Liza Piper is an environmental historian and associate professor of History and Classics at the University of Alberta. She is the author of The Industrial Transformation of Subarctic Canada and editor of Sustaining the West: Cultural Responses to Canadian Environments.

Praise for Environmental Activism on the Ground

Environmental Activism on the Ground succeeds splendidly in complicating and enriching our understanding of modern environmentalism. Focusing on Indigenous and non-Indigenous activists in an impressive range of settings, Jonathan Clapperton and Liza Piper draw together and interpret diverse methodological and conceptual insights in a way that gives new, deserved prominence to those who have strived—and continue to strive—for environmental justice at the local level. These accounts left me both enlightened and heartened. Scholars from across the humanities and social sciences will welcome this volume.

—Richard A. Rajala, Department of History, University of Victoria

Jonathan Clapperton and Liza Piper have assembled a remarkable collection of essays revealing previously hidden histories of local and Indigenous environmental activism. Environmental Activism on the Ground is a timely and captivating volume that deserves attention not just from scholars, but also from readers with even a casual interest in the diverse an creative ways Canadians have responded to environmental challenges.