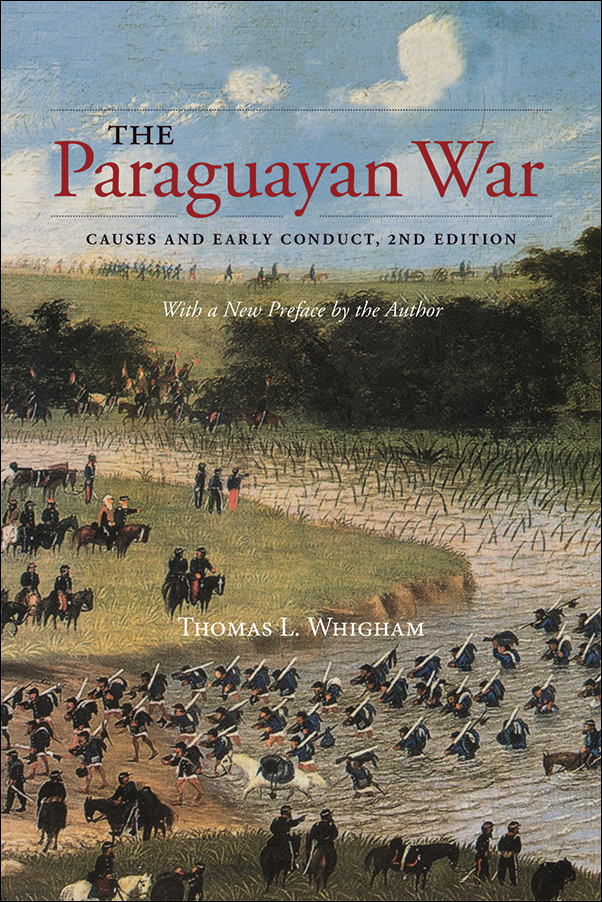 CHOICE academic title of the year, The Paraguayan War is an comprehensive account of the origins and early campaigns of Latin America’s deadliest war.

Reissued with a new introduction by the author, The Paraguayan War is an engrossing and comprehensive account of the origins and early campaigns of the deadliest and most extensive interstate war ever fought in Latin America. One of the first significant investigations of the Paraguayan War available in English, it investigates the complexities of South American nationalism, military development, and political intrigue.

A 2003 CHOICE Academic Title of the Year, The Paraguayan War sets the stage for The Road to Armageddon, Thomas L. Whigham’s exploration of the effects of this devastating conflict on individuals, Paraguayan society, and the continent as a whole. Together, these books fill an important gap in our understanding of Latin American history.

Thomas L. Whigham has authored or edited twenty-two books on the history and culture of Latin America, including The Road to Armageddon: Paraguay Versus the Triple Alliance, 1866-70. He is Professor of History at the University of Georgia and a member of Paraguay’s National Academy of History.