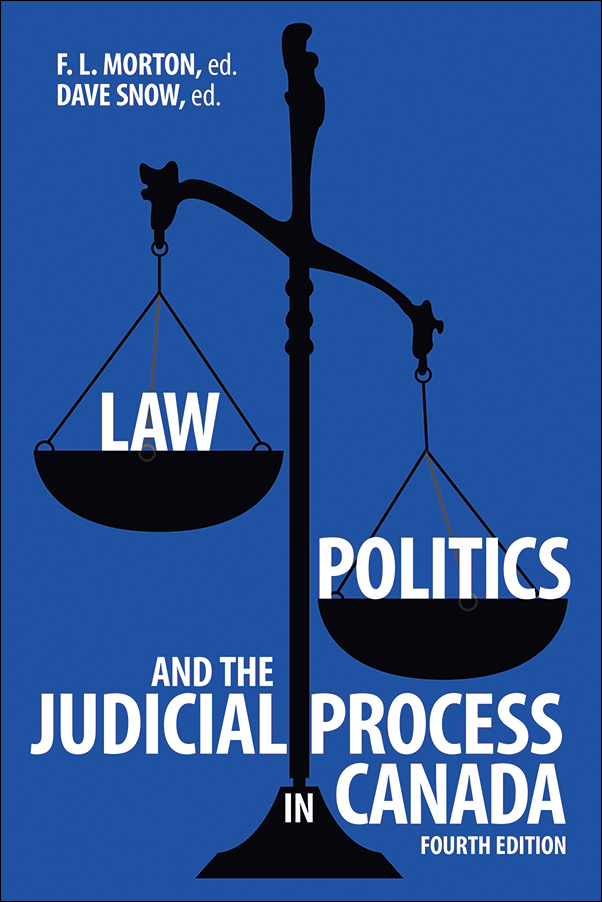 Law, Politics, and the Judicial Process in Canada, 4th Edition

Since the first edition of this popular text was published in 1984, the Charter of Rights and Freedoms has transformed the role of the courts in Canadian politics. Newly revised and updated, Law, Politics, and the Judicial Process in Canada, 4th Edition provides an introduction to the issues raised by the changing political role of Canadian judges. It includes over 40 new readings, including two all-new chapters on the Harper Conservatives and Aboriginal Law.

Addressing current controversies, including the Canadian Judicial Council’s investigations into Justice Robin Camp and Lori Douglas and the Trudeau Government’s re-introduction of the Court Challenges Program, this book strives for competing perspectives, with many readings juxtaposed to foster debate. Taking a critical approach to the Charter of Rights and Freedoms and the growth of judicial power, editors F.L. Morton and Dave Snow provide an even-handed examination of current and ongoing issues.

Law, Politics, and the Judicial Process in Canada, 4th Edition is the leading source for students interested in the Charter of Rights and Freedoms and the growth of judicial power in Canada.

Dave Snow is an assistant professor in the Department of Political Science and the Criminal Justice and Public Policy program, University of Guelph. He is the author of Assisted Reproduction Policy in Canada: Framing, Federalism, and Failure.