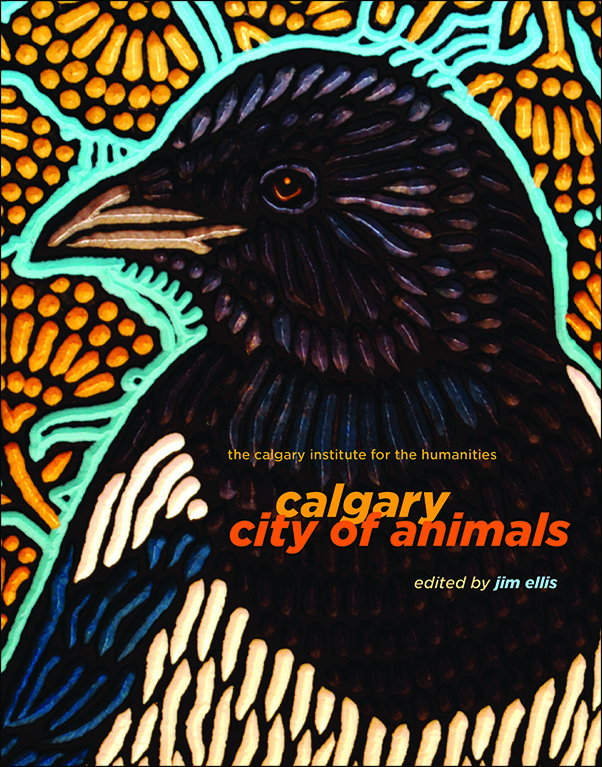 Calgary Institute for the Humanities

Art, design, performance, and scholarship combine to explore the ways that animals and humans have shaped each other in a visually rich, full-colour volume that celebrates Calgary’s rich animal life.

How have our interactions with animals shaped Calgary?

What can we do to ensure that humans and animals in the city continue to co-exist, and even flourish together?

This wide-ranging book explores the ways that animals inhabit our city, our lives and our imaginations.

Essays from animal historians, wildlife specialists, artists and writers address key issues such as human-wildlife interactions, livestock in the city, and animal performers at the Calgary Stampede.

Contributions from some of Calgary’s iconic arts institutions, including One Yellow Rabbit Performance Theatre, Decidedly Jazz Danceworks, and the Glenbow Museum, demonstrate how animals continue to be a source of inspiration and exploration for fashion, art, dance, and theatre.

The full-colour volume is beautifully illustrated throughout with archival images, wildlife photography, documentary and production stills, and original artwork.

Calgary: City of Animals is published in co-operation with the Calgary Institute for the Humanities.

Jim Ellis is Professor of English at the University of Calgary and Director of the Calgary Institute for the Humanities.

Praise for Calgary: City of Animals:

The usefulness of the work is to place scholarly interventions in conversation with activists working with wildlife rehabilitation and habitat conservation, as well as artists and a museum curator who explore the importance of animals as inspiration and fellow creatures. The book challenges the neat distinctions one might draw among disciplines or among artists, activists, and scholars. It shows not only that animals, human and non-human, might co-flourish in the city, but that those different fields of activity might co-flourish.

A walk through an intriguing city: something striking and new and unexpected seems to be around every corner . . . [it] presents a view of Calgary quite different from its usual self-promoted image.