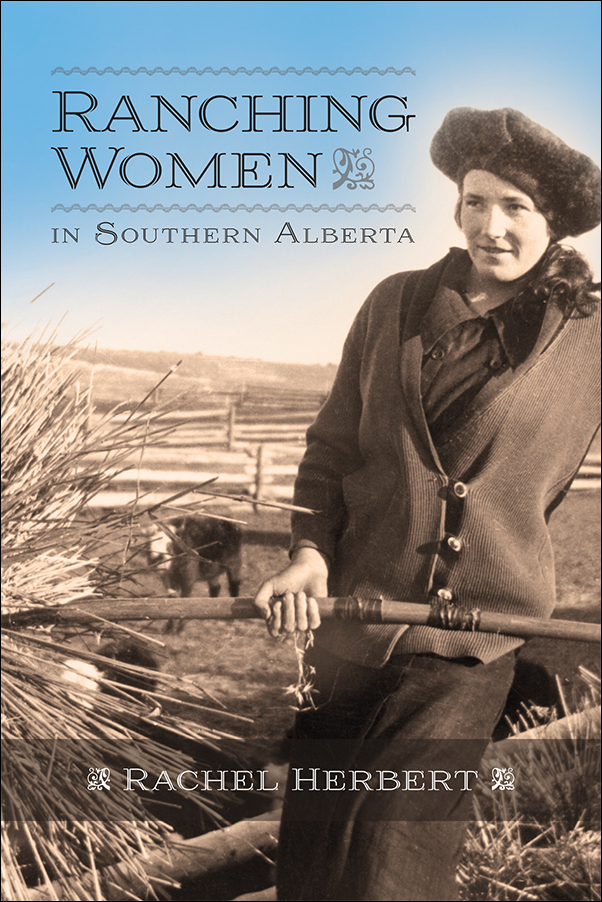 Settler ranching in southern Alberta conjures the image of a lone cowboy riding through the foothills or a stoic ranch hand roping errant cattle. But women have always played an integral part in the cattle industry, often working without recognition or support to meet the challenge of the frontier.

Ranching Women in Southern Alberta examines the rhythms, routines, and realities of women’s lives on family ranches. As these ranches replaced the large-scale cattle operations that once covered thousands of acres, women were called upon to ensure not only the ongoing economic viability of their ranches, but also the social harmony of their families and communities. At the same time, ranching women enjoyed personal freedoms and opportunities unknown to their urban and European contemporaries.

The great-granddaughter of pioneer ranchers, Rachel Herbert brings a unique insight to the stories of these brave and talented women who carved a role for themselves and their daughters during the dawn of the family ranch.

Herbert’s look at the real life of ranch women from about 1874 into the 1940s is an eye-opener. It not only fills out the historical record, it makes a reader think in new ways . . . a rewarding read.

Ranching Women in Southern Alberta is a much-needed addition to the study of rural women in the West . . . a thoughtful study of Albertan ranching women.

This is the first book to recognize the women who played a crucial role in establishing the family ranch in the foothills of southern Alberta from the late nineteenth century forward. One of the crucial attributes of Rachel Herbert’s work is that it enables ranching women to speak for themselves, to tell us who they were and how they viewed their world. Ultimately, it provides convincing evidence not only that women were true partners on the land and in the household during this frontier period, but also that they gained a sense of fulfilment as a result. Sacrifices were numerous but the rewards generally speaking made them worthwhile.

—Warren M. Elofson, professor in the Department of History, University of Calgary