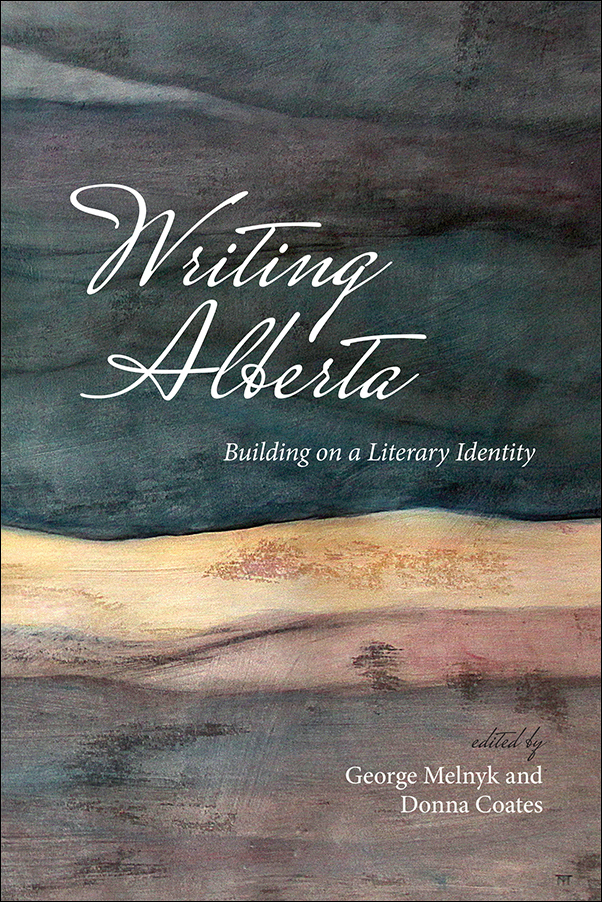 A fascinating analysis of Alberta literature, exploring the ways Alberta writers have created, established, defined and reimagined a unique literary identity as a work-in-progress that continues to this day.

Alberta writing has a long tradition. Beginning with the pictographs of Writing-on-Stone, followed by Euro-Canadian exploration texts, the post-treaty writing of the agrarian colonization period, and into the present era, Alberta writing has come to be seen as a distinct literature.

In this volume Melnyk and Coates continue the project of scholarly analysis of Alberta literature that they began with Wild Words: Essays on Alberta Literature (2009). They argue that the essays in their new book confirm that Alberta’s literary identity is historically contingent with a diverse, changing content, that makes its definition a work-in-progress. The essays in this volume provide contemporary perspectives on major figures in poetry and fiction, such as Robert Kroetsch, Sheila Watson, Alice Major, and Fred Stenson.  Other essays bring to light relatively unknown figures such as the Serbian Canadian writer David Albahari and the pioneer clergyman Nestor Dmytrow.

Writing Alberta: Building on a Literary Identity offers a detailed discussion of contemporary Indigenous writers, an overview of Alberta historiography of the past century, and the fascinating autobiographical reflections of the novelist Katherine Govier on her literary career and its Alberta influences. This collection demonstrates that Alberta writers, especially in the contemporary period, are not afraid to uncover, re-think, and re-imagine parts of Alberta history, thereby exposing what had been lain to rest as an unfinished business needing serious re-consideration.

George Melnyk is professor emeritus of Communication, Media, and Film at the University of Calgary. He is the author and editor of over two dozen books in Canadian Studies, including The Wild Rose Anthology of Alberta Prose.

Donna Coates teaches in the English Department at the University of Calgary. She is the editor of Sharon Pollock: First Woman of Canadian Theatre, and co-editor of Wild Words: Essays on Alberta Writing

Writing Alberta is an extraordinary collection of thirteen deftly crafted and presented essays . . . [It] is an especially and unreservedly recommended addition to community and academic library Canadian Literary Studies collections.

Imagine, if you will, that you are standing beside me in a bookstore. Then imagine me telling you that I am reading a collection of academic essays about Alberta writers. Is that you I see streaking away to the farthest bookshelf? Is that me you see streaking away beside you? Well, no, not this time. According to poet John Ciardi, the best that any literary analysis can do is to prepare the reader to enter a work more perceptively. It’s a subtle gift, and the best of the 13 essays in Writing Alberta do just that. As a whole, Writing Alberta will deepen understanding of Alberta literature . . . Early writers could be as full of hiss and vinegar as writers today—and as determined to find effective ways to write about this place we call Alberta.

Chapter 2. “My Bones Have Known this Land Long Before Alberta Was Born”: Intersection in Indigenous Geography and Creative Expression
Tasha Hubbard

Chapter 6. Science and the City: The Poetics of Alice Major’s Edmonton
Neil Querengesser

Chapter 9. The Mythological and the Real: Sheila Watson’s Life and Writing
Joseph Pivato