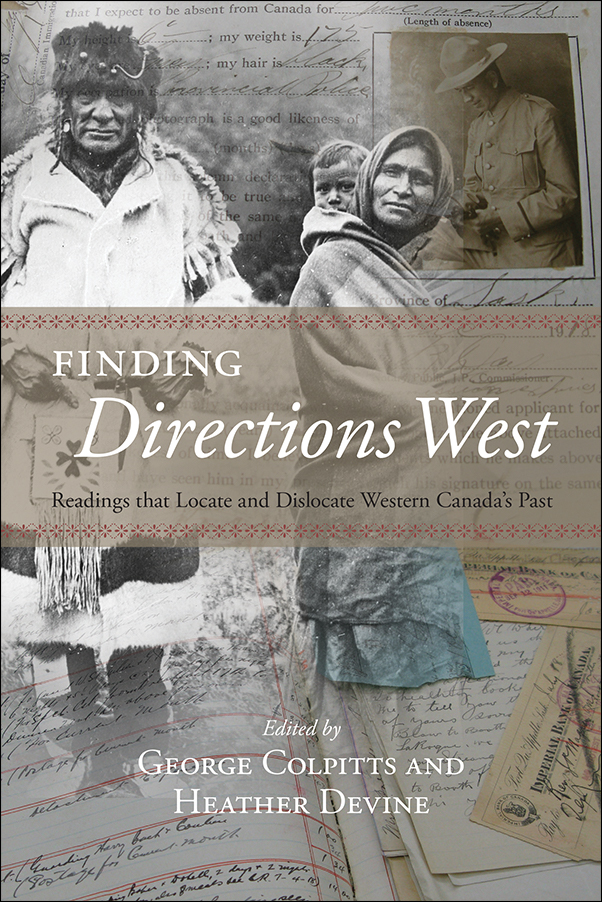 In the past, Western Canada was a place of new directions in human thought and action, migrations of the mind and body, and personal journeys. This book anthology brings together studies exploring the way the west served as a place of constant movement between places of spiritual, subsistence and aesthetic importance. The region, it would seem, gained its very life in the movement of its people. Finding Directions West: Readings that Locate and Dislocate Western Canada’s Past, showcases new Western Canadian research on the places found and inhabited by indigenous people and newcomers, as well as their strategies to situate themselves, move on to new homes or change their environments to recreate the West in profoundly different ways. These studies range from the way indigenous people found representation in museum displays, to the archival home newcomers found for themselves: how, for instance, the LGBT community found a place, or not, in the historical record itself. Other studies examine the means by which Métis communities, finding the west transforming around them, turned to grassroots narratives and historical preservation in order to produce what is now appreciated as vernacular histories of inestimable value. In another study, the issues confronted by the Stoney Nakoda who found their home territory rapidly changing in the treaty and reserve era is examined: how Stoney connections to Indian agents and missionaries allowed them to pursue long-distance subsistence strategies into the pioneer era.

The anthology includes an analysis of a lengthy travel diary of an English visitor to Depression-era Alberta, revealing how she perceived the region in a short government-sponsored inquiry. Other studies examine the ways women, themselves newcomers in pioneering society, evaluated new immigrants to the region and sought to extend, or not, the vote to them; and the ways early suffrage activists in Alberta and England by World War I developed key ideas when they cooperated in publicity work in Western Canada. Finding Directions West also includes a study on ranchers and how they initially sought to circumscribe their practices around large landholdings in periods of drought, to the architectural designs imported to places such as the Banff Centre that defied the natural geography of the Rocky Mountains. Too often, Western Canadian history is understood as a fixed, precisely mapped and authoritatively documented place. This anthology prompts readers to think differently about a region where ideas, people and communities were in a constant but energetic flux, and how newcomers converged into sometimes impermanent homes or moved on to new experiences to leave a significant legacy for the present-day.

George Colpitts is a professor in the Department of History at the University of Calgary. He has published five books, as well as contributing numerous chapters and journal articles to academic publications. Colpitts is the winner of both the American Society for Ethnohistory’s 2012 Robert F. Heizer Prize and the 2010 Frederick C. Luebke Award for outstanding regional scholarship.

Heather Devine is an associate professor in the Department of History at the University of Calgary. Her publications, research, and teaching specialties focus on Canadian Native History, Museum and Heritage Studies, and Western Canadian ethnic history, with a particular focus on Métis ethnohistory. She is author of The People Who Own Themselves: Aboriginal Ethnogenesis in a Canadian Family, 1660–1900, winner of the Harold Adams Innis Prize for 2004–2005.

[The] editors preface the volume with a brilliant, even inspired, reflection on the diversity and mutability of perceptions of the region while highlighting a central theme that binds the anthology into a coherent whole . . . Together, these articles provide an effective overview of new directions in the historiography of Western Canada and, more generally, in the historiography of regions. By elucidating the theoretical and methodological diversity of the field, Finding Directions West serves as a valuable resource for a broad spectrum of academic and public historians.

Self-reflexive and thought-provoking . . . particularly timely, as history departments grapple with the challenges of sustaining undergraduate enrolment and better-preparing graduates for roles outside academia.