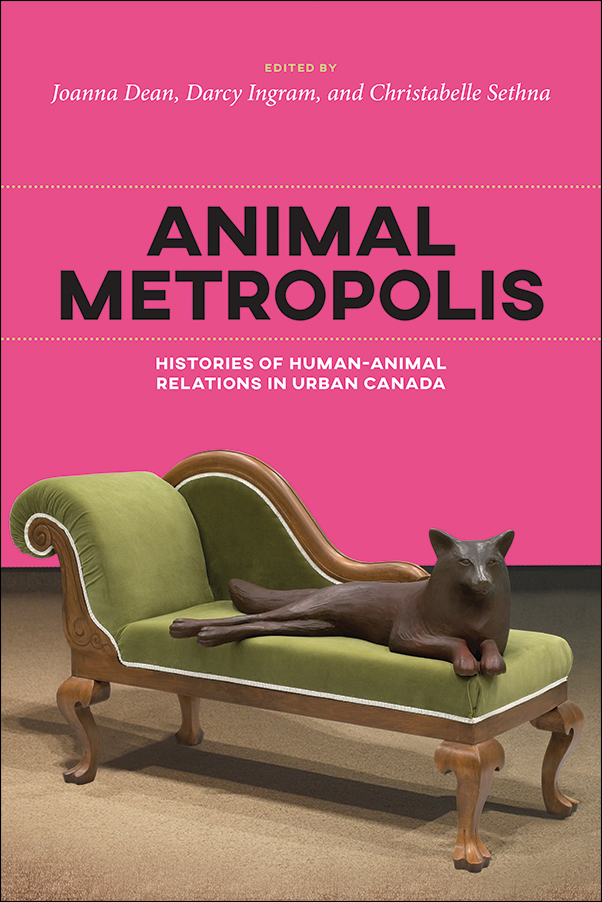 A collection that explores the growing field of animal history from a Canadian perspective, paying special attention to the experience of non-human animals within the human world.

Animal Metropolis brings a Canadian perspective to the growing field of animal history, ranging across species and cities, from the beavers who engineered Stanley Park to the carthorses who shaped the city of Montreal.

Some essays consider animals as spectacle: orca captivity in Vancouver, polar bear tourism in Churchill, Manitoba, fish on display in the Dominion Fisheries Museum, and the racialized memory of Jumbo the elephant in St. Thomas, Ontario. Others examine the bodily intimacies of shared urban spaces:  the regulation of rabid dogs in Banff, the maternal politics of pure milk in Hamilton and the circulation of tetanus bacilli from horse to human in Toronto. Another considers the marginalization of women in Canada’s animal welfare movement.

The animal story has become a highly interdisciplinary subject, and it is gratifying to see more involvement from historians in this broad and growing area.

A beautifully written book with a diversity of chapters that can be read as stand-alone papers . . . I readily recommend this book—it offers a mix of easy reading with quality academic research and writing.

Tracing often stunning connections between animals, environments, cultures, and histories, Animal Metropolis explores an extraordinarily diverse set of encounters between humans and other animals in Canadian history. Each chapter was a revelation, offering a timely and provocative look at Canada and its denizens.

Animal Metropolis provides a fascinating taste of what a history that decentres the human might look like. Scholars and students of history, philosophy, sociology, human or critical geography, and animal studies, to name a few, will find chapters that provoke, challenge, and delight.