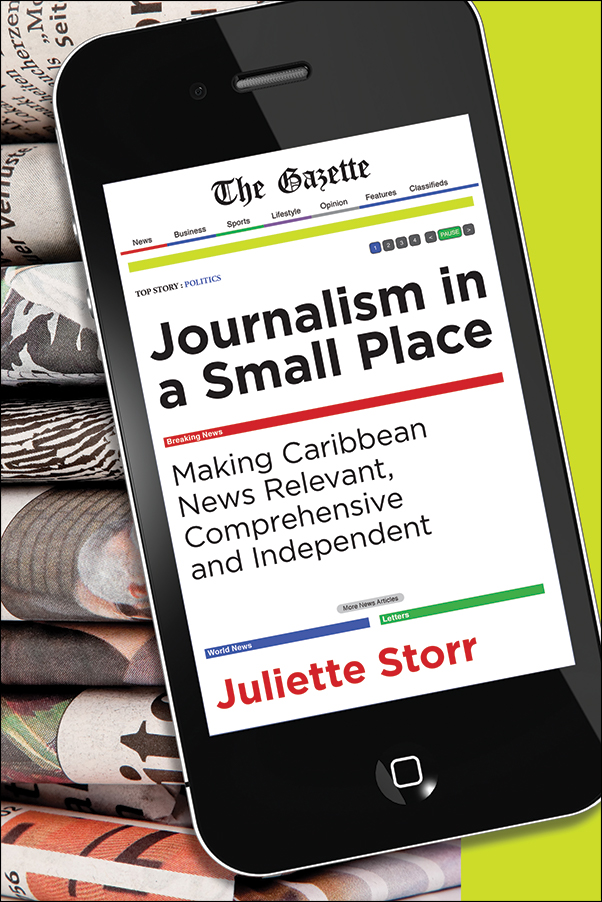 Journalism has a powerful impact on the ways social, political, and cultural ideas are communicated and understood. Professor and journalist Juliette Storr illuminates the changes and challenges of journalism in the Caribbean in this fascinating study.

Journalism in a Small Place explores the changes and challenges in journalism and communication in the Caribbean in the twenty-first century. Tracing the history of media in the English speaking Caribbean, this book provides insight into the development of these industries from their inception under British imperial rule to their current focus on advancing national development in the post-independence period.

The influence of US media on media content and cultural tastes, and the lingering effects of colonialism on media are also investigated, drawing on globalization theories of hybridity. Interviews with journalists, editors, and media owners in English speaking Caribbean countries provide firsthand insight into the profession and practice of journalism in the region, highlighting the social and cultural context in which the media industries operate.

In response, Storr develops a theoretical and practical response to concerns of professional ethics, responsible performance, and the training and education of journalists in the region. In doing so, Journalism in a Small Place elucidates the impact of journalism and communication on the social, political, economic and cultural aspects of Caribbean people’s lived experiences, and journalism’s power to promote and effect social change.

Juliette Storr is an Associate Professor of Communication Arts & Sciences at Pennsylvania State University, Penn State Beaver Campus. Additionally, Storr has worked as both a broadcast journalist and newspaper reporter in the Bahamas.

Praise For Journalism in a Small Place

Storr’s roots in journalism are on display throughout the book. She is interested not only in the economic, technological, and political context of journalism in the Caribbean but in journalism practice, performance, training, and education . . . Her interviews show journalists aware of the challenges and struggling mightily to change them. The journalists are frank and forthright about their position. Ultimately, Storr leaves us with respect for the labours of Caribbean journalists and shows us the difficulty and dignity of doing “responsible and effective journalism” in a small place.