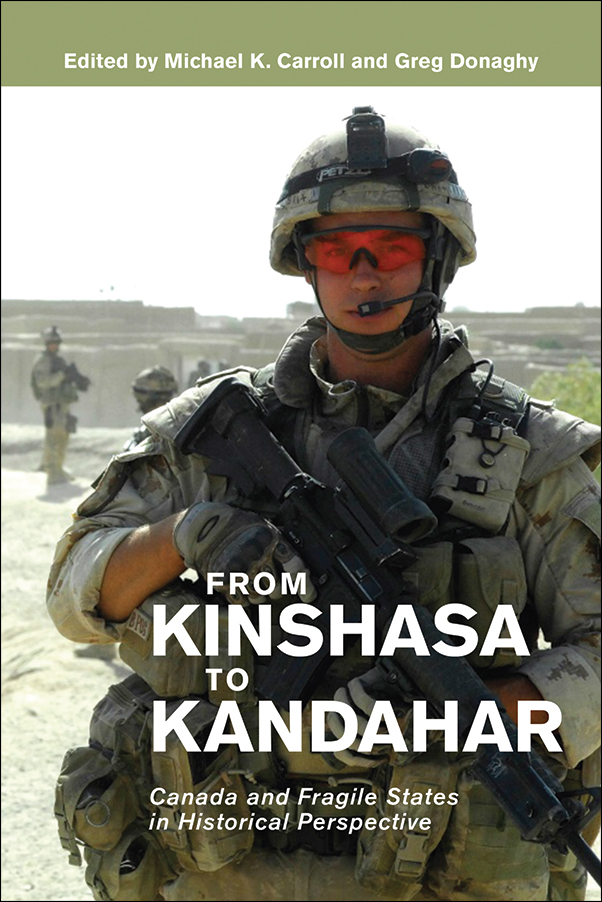 From Kinshasa to Kandahar: Canada and Fragile States in Historical Perspective

Canada’s historic relationships to failed and fragile states from the 1960s to the present are explored from a variety of approaches, including archival research, oral histories, textual analysis and administrative studies to provide a platform for a national discussion of Canada’s future approaches and international relationships.

Failed or fragile states are those that are unable or unwilling to provide a socio-political framework for citizens and meet their basic needs. They are a source of terrorism and international crime, as well as incubators of infectious disease, environmental degradation, and unregulated mass migration. Canada’s engagement with countries such as the Congo, East Timor, Bosnia, and Afghanistan underlines the commitment of successive Canadian governments to addressing the threats posed to Western security by state fragility.

From Kinshasa to Kandahar brings together leading Canadian historians and political scientists to explore Canada’s historic relationship with fragile states. The collection spans the period from the 1960s to the present and covers a geographical range that stretches from the Middle East to Latin America to Southeast Asia. Authors embrace a variety of approaches and methodologies, including traditional archival historical research, postmodern textual analysis, oral history, and administrative studies to chronicle and explain Canada’s engagement with fragile and failed states.

This collection reflects the growing public interest in the issue of failed states, which are of increasing concern to Canadian policymakers and are making headlines on the world stage. It helps explain the historic forces that have shaped Canadian policy towards failed and fragile states, and provides a platform for a national discussion about Canada’s future role addressing state fragility.

Michael K. Carroll is a Professor of History at Grant MacEwan University. He is also the author of Pearsons Peacekeepers: Canada and the United Nations Emergency Force, 1956-1967.

Greg Donaghy is Head of the Historical Section at Global Affairs Canada, and General Editor of its series, Documents on Canadian External Relations. He is the author of Tolerant Allies: Canada and the United States, 1963-68, and Grit: The Life and Politics of Paul Martin Sr.