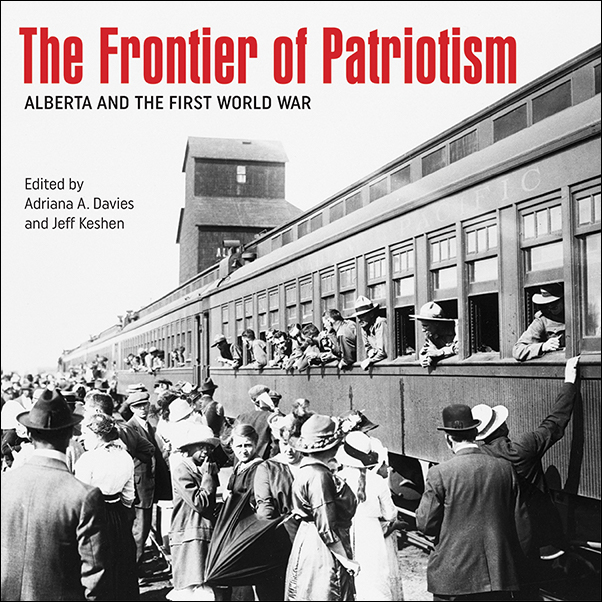 The Frontier of Patriotism: Alberta and the First World War

Edited by Adriana A. Davies and Jeff Keshen

With the centenary of the First World War, communities across Canada arranged commemorations of the war experience to honour local servicemen who, through their triumphs and sacrifices, were presented as laying the foundation for a free and independent country. Often overlooked are the triumphs and sacrifices of those who supported those soldiers, and the war effort in general, back at home. The Frontier of Patriotism provides an in-depth look at all aspects of Alberta’s involvement in the war, reflecting Albertans’ experiences both on the battlefield and on the home front. Contributors of the 40 essays all draw heavily on national and local archival resources. The war is seen through the letters, diaries and memoirs of the individuals who lived through it, as well as through accounts in local newspapers.

Readers will come away from this collection with a deeper appreciation of the different ways that the First World War, and its aftermath, shaped the lives of Albertans. For many, these four tumultuous years represented a time of individual valour and of communities pulling together and sacrificing for a noble cause. Yet, for others, the war left disillusionment and anger. Exploring these regional and local stories, as well as the national story, helps us understand the commonalities and distinctiveness of what it means to be Canadian. The Frontier of Patriotism is the most comprehensive treatment of Alberta during these critical, transformational years.

Jeff Keshen is Dean of Arts at Mount Royal University. He is also an adjunct professor in the Centre for Military, Security and Strategic Studies at the University of Calgary.

Praise for The Frontier of Patriotism:

Adriana A. Davies and Jeff Keshen have created a compelling collection of essays that provides a more regional view of the Great War, illustrating in great detail the many ways it changed Alberta and Albertans… The Frontier of Patriotism is a terrific addition to scholarship on the Great War and a welcome companion to the many broader histories that have previously been written.