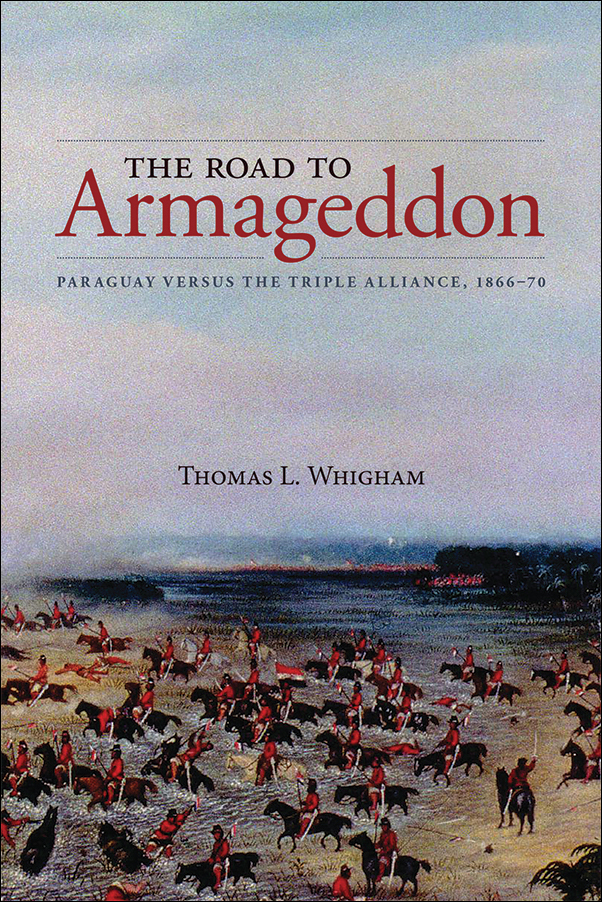 The Road to Armageddon: Paraguay Versus the Triple Alliance, 1866-70

The definitive work on the Triple Alliance War, drawing on detail-driven scholarship to examine key personalities, military engagements, and the effects of the conflict on individual and national levels.

In 1864 the capture of Brazilian steamer the Marquês de Olinda initiated South America’s most significant war. Thousands of Brazilian, Argentine, and Uruguayan soldiers engaged in a protracted siege of Paraguay, leaving the Paraguayan economy and population devastated. The suffering defied imagination and left a tradition of bad feelings, changing politics in South America forever.

This is the definitive work on the Triple Alliance War. Thomas L. Whigham examines key personalities and military engagements while exploring the effects of the conflict on individuals, Paraguayan society, and the continent as a whole. The Road to Armageddon is the first book utilize a broad range of primary sources and materials, including testimony from the men and women who witnessed the war first-hand.

Thomas L. Whigham has authored or edited twenty-two books on the history and culture of Latin America, including The Paraguayan War: Causes and Early Conduct. He is Professor of History at the University of Georgia and a member of Paraguay’s National Academy of History.

Praise for The Road to Armageddon

Whigham has written perhaps the best English-language history of this conflict . . . an excellent study that should be the first (and perhaps the last) place for any scholar interested in the War of the Triple Alliance.

Experts will note new insights . . . readers new to the subject will no doubt be impressed by the human tragedy of Paraguay’s "armageddon."

A detailed narrative emphasizing both political and military biography . . . will prove invaluable for readers.

This book is a tremendous achievement and deserves high recognition. It’s fascinating and an easy read, and reminds us that things of significance also happened outside of the US and Europe. Besides academics, it should be of interest to anyone with an interest in military history, South American history, or even wider global history of the late 19th century. Very highly recommended.

The Road to Armageddon is an outstanding work of detail-driven scholarship and unreservedly recommended.