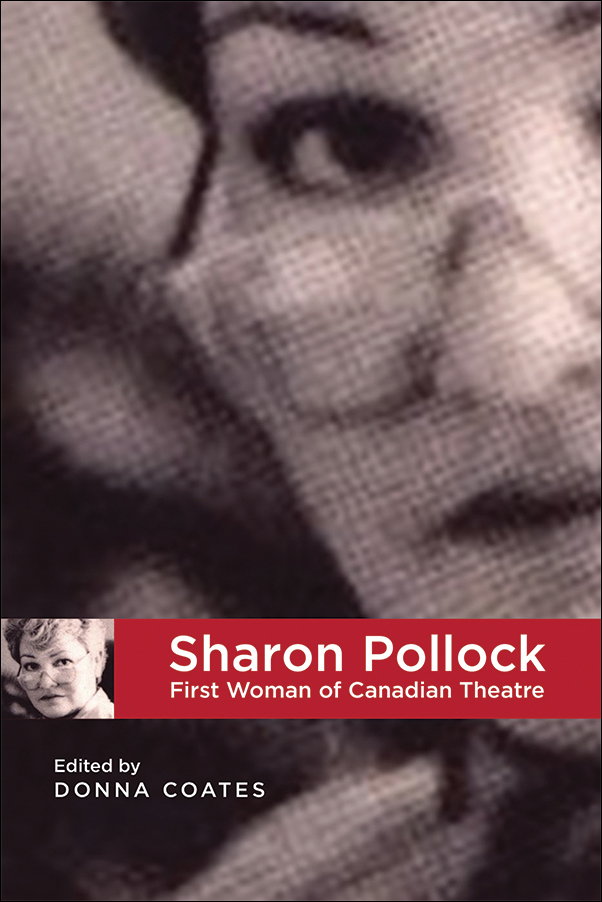 An entirely new and original assessment of the work of playwright, actor, teacher, and critic Sharon Pollock and her integral contributions to Canada’s national theatre tradition.

Playwright, actor, director, teacher, mentor, theatre administrator, and critic, Sharon Pollock has played an integral role in the shaping of Canada’s national theatre tradition, and she continues to produce new works and to contribute to Canadian theatre as passionately as she has done over the past fifty years.

Pollock is nationally and internationally respected for her work and support of the theatre community. She has also played a major role in informing Canadians about the “dark side” of their history and current events.

This collection, comprised entirely of new and original assessments of her work and contribution to theatre, is both timely and long overdue. Includes a new play titled Sharon’s Tongue by the Playing with Pollock Collective

Donna Coates is an associate professor in the Department of English at the University of Calgary. She has edited, with George Melnyk, Wild Words: Essays on Alberta Literature; with Sherrill Grace, Canada and the Theatre of War: Volumes One and Two; and she has written dozens of book chapters and articles on Canadian, Australian, New Zealand, and American women’s war fictions and drama.

Sharon Pollock: First Woman of Canadian Theatre (as are Pollock’s plays) is relevant for a wide range of readers and academic disciplines: theater and drama studies, of course, but also literature, history, political science, women’s studies, and postcolonial studies. It might also inform the choices made by artistic directors and inspire productions.