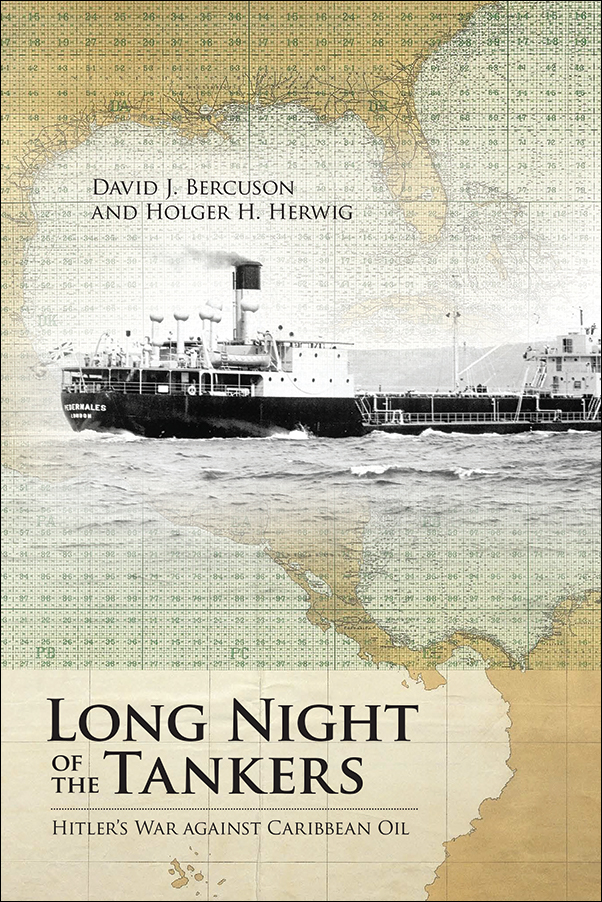 Long Night of the Tankers: Hitler's War Against Caribbean Oil

Operation Neuland was the name given to the German plan to interrupt Allied oil supply by preventing tankers from leaving oil refineries in the Caribbean during World War II. Drawing on extensive primary sources and first-hand accounts, Long Night of the Tankers details its planning, execution, and following diplomatic, political, and military fallout.

Long Night of the Tankers presents a fresh account of a lesser-known but critical component of the Atlantic naval theatre during World War II.

The story begins in February 1942 and follows this German attempt to scuttle the Allied war machine through to the end of the war. Told largely from the German perspective, it details the planning and execution of the Germans and the diplomatic, political, and military responses of the Allies, particularly the United States, to overcome the German effort.

David J. Bercuson is Director of the Centre for Military and Strategic Studies at the University of Calgary. He has published in a wide range of topics, specializing in modern Canadian politics, Canadian defence and foreign policy, and Canadian military history. In 2003, he was appointed an Officer of the Order of Canada.

Holger H. Herwig is the Canada Research Chair in the Centre for Military and Strategic Studies and a professor in the Department of History at the University of Calgary. He has published numerous books and articles on World War I and other topics in military history.

Praise for Long Night of the Tankers

This is an excellent book, well worth reading.

A highly readable and at times suspenseful history . . . compelling.