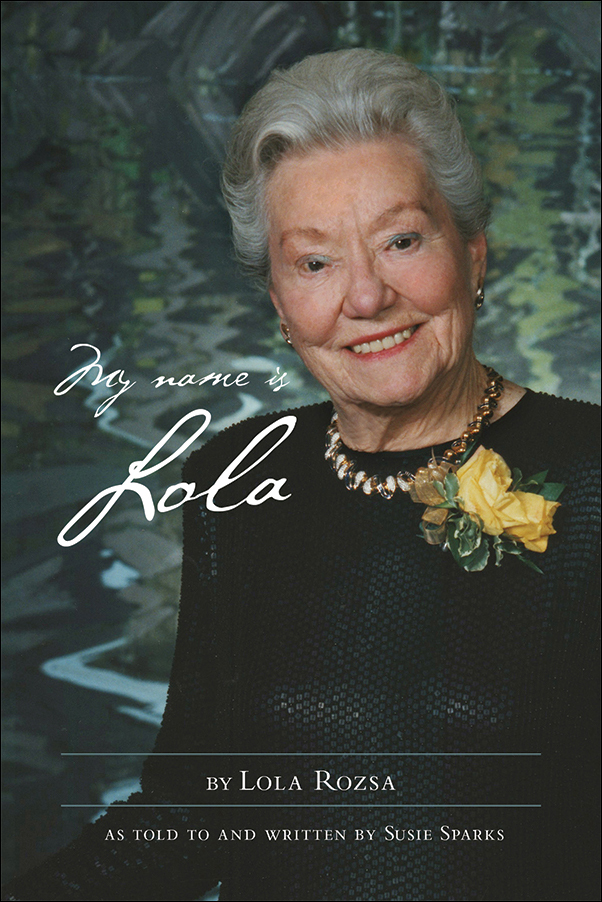 My Name is Lola

The story of one of Calgary’s cultural icons, her remarkable life, and her role in building many of Calgary’s enduring institutions.

This book contains the collected memories of Lola Rozsa—of her life and service to her family, her church, and her community as she and her husband, Ted, made their way from the tiny towns of the Depression-era, dust bowl southern plains to the burgeoning oil fields of Alberta in 1949.

As Ted struggled to build his first seismic company, Lola raised their children in Calgary, an environment far different from the home in Texas she desperately missed. However, the values taught her by her preacher father stood her in good stead as she immersed herself in service for her new community.

For the next sixty years, as Ted prospered, they made Calgary their home and, along with other industry pioneers, helped to build many of the enduring cultural institutions in Calgary.

Lola Rozsa (1920-2012) was one of the founding members and later president, of the Calgary Philharmonic Society Women’s League. In later years, she and her husband, Ted, turned their focus to philanthropic contributions to the CPO as well as many other arts organizations. She was named a Woman of Distinction in 2001, and received an Honorary Doctorate of Laws from the University of Calgary in 2002.

Susie Sparks has been actively engaged in building leadership capacity throughout Calgary’s voluntary sector in organizations like Leadership Calgary and the Famous 5 Foundation where she previously served as Executive Director. She is also an author and journalist.

Praise for My Name is Lola

Strong, determined, Texaslusty and forthright. Here is the story of one of the city’s cultural icons . . . Lola’s story is Calgary’s story.