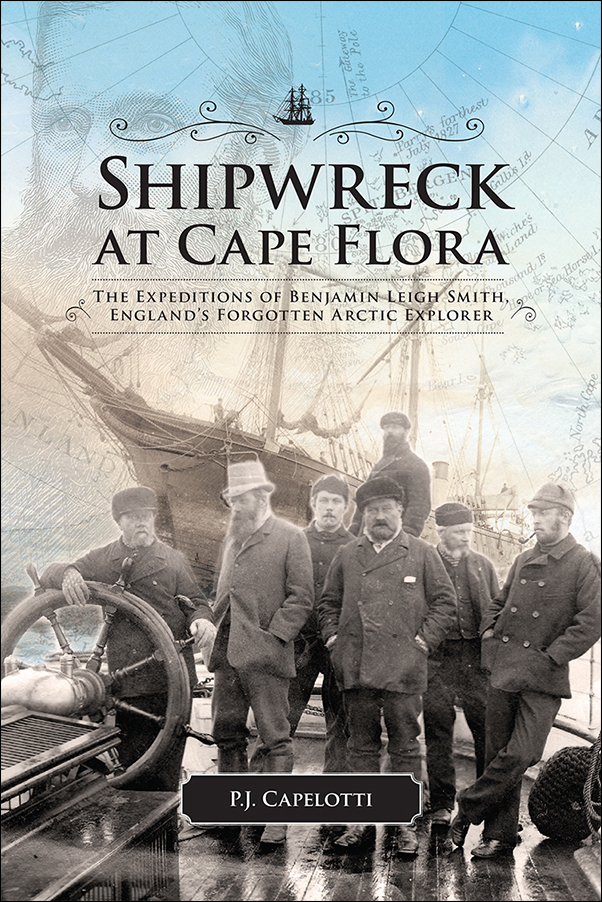 Gripping tales of survival, exploration, and discovery are told with humour and panache in the ripped-from-the-archives story of Benjamin Leigh Smith, England’s forgotten Arctic explorer.

Benjamin Leigh Smith discovered and named dozens of islands in the Arctic but published no account of his pioneering explorations. He refused public accolades and sent stand-ins to deliver the results of his work to scientific societies. Yet, the Royal Geographic Society’s Sir Clements R. Markham referred to him as a polar explorer of the first rank.

Traveling to the Arctic islands that Leigh Smith explored and crisscrossing England to uncover unpublished journals, diaries, and photographs, archaeologist and writer P. J. Capelotti details Leigh Smith’s five major Arctic expeditions and places them within the context of the great polar explorations in the nineteenth century.

P. J. Capelotti is associate professor of anthropology at Penn State University, Abington College. He is the author of more than a dozen books and his research has taken him several times to Svalbard and Franz Josef Land and twice to the North Pole.

Praise for Shipwreck at Cape Flora

Peter Capelotti has done a remarkable job in pulling together the rather slender sources for Leigh Smith’s life and voyages into a coherent narrative that benefits from its author’s deep familiarity with the wider background of exploration, geographical theory, and social history of his subject’s time

These are gripping tales of the sea, and of survival against the odds, which Capelotti, working from unpublished journals and diaries, recounts with enthusiasm and panache, while preserving the abundant subtle humour and typically English understatement of the original sources. A seasoned Arctic traveller himself, the author’s empathy with the explorer shines through every page, detecting in Leigh Smith something of a kindred spirit and allowing us for the first time to see inside the complex mind of this reclusive and most neglected pioneer.

Shipwreck at Cape Flora treats a fine subject and provides a good biography of Benjamin Leigh Smith, for which the author deserves thanks.

Shipwreck at Cape Flora in the Media