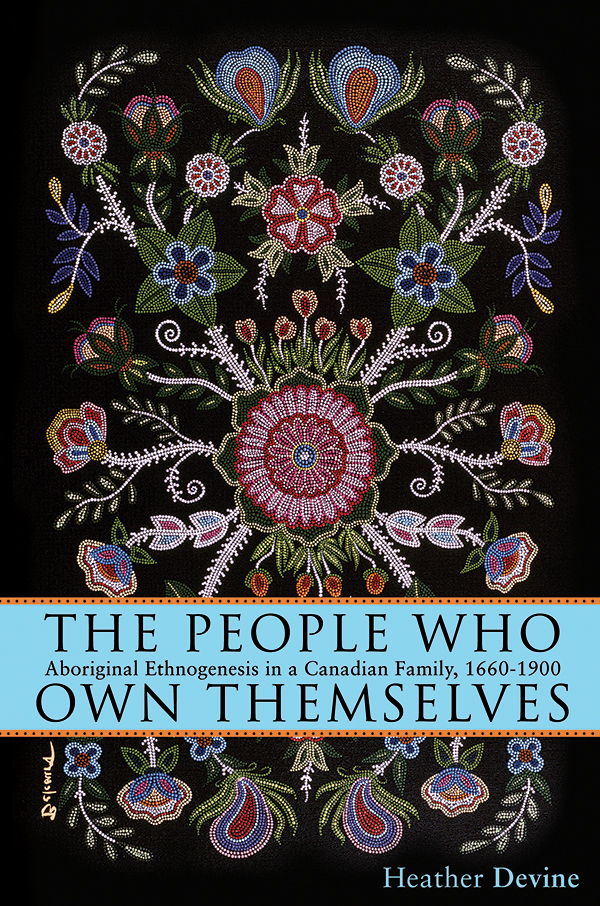 The People Who Own Themselves: Aboriginal Ethnogenesis in a Canadian Family, 1660-1900

Innovative, highly multidisciplinary, and award-winning, this book traces 250 years of history to tell the story of the Desjarlais family and of the search for a Métis identity.

The search for a Métis identity and what constitutes that identity is a key issue facing many Indigenous people of mixed ancestry today. The People Who Own Themselves reconstructs 250 years of Desjarlais family history across a substantial area of North America, from colonial Louisiana, the St. Louis, Missouri, region, and the American Southwest to Red River and Central Alberta. In the course of tracing the Desjarlais family, social, economic, and political factors influencing the development of various Indigenous ethnic identities are discussed.

With intriguing details about Desjarlais family members, this book offers new, original insights into the 1885 Northwest Rebellion, focusing on kinship as a motivating factor in the outcome of events. With a unique how-to appendix for Métis genealogical reconstruction, this book will be of interest to Métis wanting to research their own genealogy and to scholars engaged in the reconstruction of Métis ethnic identity.

Heather Devine is an associate professor in the Department of History at the University of Calgary and is a researcher in various fields, including Canadian Native history, Western Canadian ethnic history, museum and archival studies, and public history.

Praise for The People Who Own Themselves

Devine has placed herself a leader in the new discipline of prospography . . . [she] is the first academic to come close to describing why the Métis Nation arose on the Northern Great Plains.

A strong piece of academic scholarship that proposes an innovative and highly multidisciplinary approach. From a useful glossary of terms to detailed appendices and notes, this book provides insights for students and teachers alike and will undoubtedly prompt a reassessment of our historical understanding of the fur trade, Aboriginals, and the West.