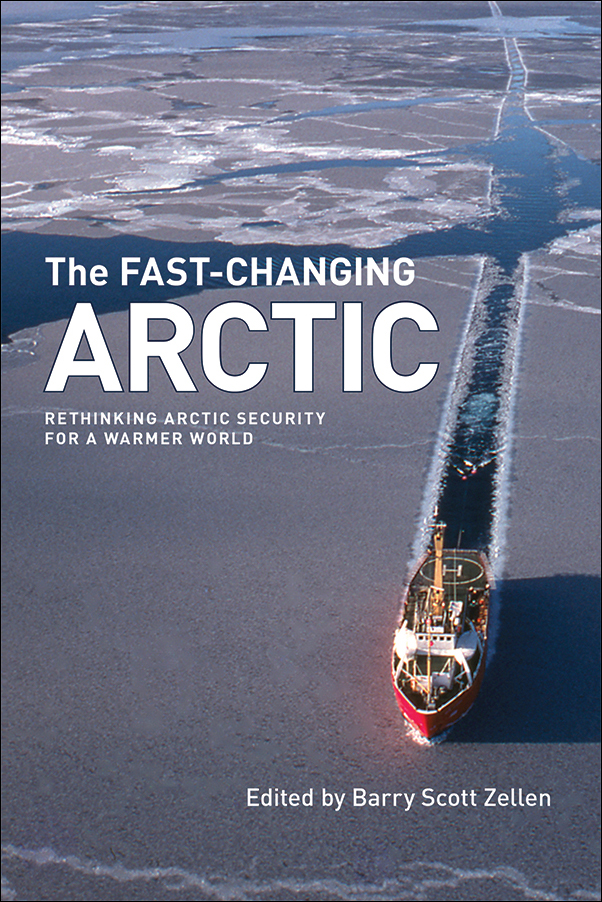 The Fast-Changing Arctic: Rethinking Arctic Security for a Warmer World

Edited by Barry Scott Zellen, with a Foreword by the Honorable Mead Treadwell and an Afterward by Lawson W. Brigham

The circumpolar arctic is facing a period of unprecedented change which will have ongoing ramifications for strategic, military, and security issues in the high North. What challenges will we face as these changes take place?

In this timely book, international scholars and military professionals come together to explore the strategic consequences of the thawing of the Arctic. Their analyses of efforts by governments and defence, security, and coast guard organizations to address these challenges make timely and urgent reading.

Rather than a single national perspective, The Fast-Changing Arctic brings together circumpolar viewpoints from North America, Europe and Asia for an integrated discussion of strategic military, diplomatic, and security challenges in the high North. Thoughtful analyses are included of different regions, climate issues, institutions, and foreign and security policies.

This is an important book for students of international studies, political science, and northern studies.

With a Foreword by the Honorable Mead Treadwell and an Afterword by Lawson W. Brigham.

Barry Scott Zellen is a specialist on Arctic security, sovereignty, and self-governance. He directs the Fast-Changing Arctic Project as a Senior Fellow at the Institute of the North and is a member of the board of directors of the Arctic Research Consortium of the United States.

Praise for The Fast-Changing Arctic