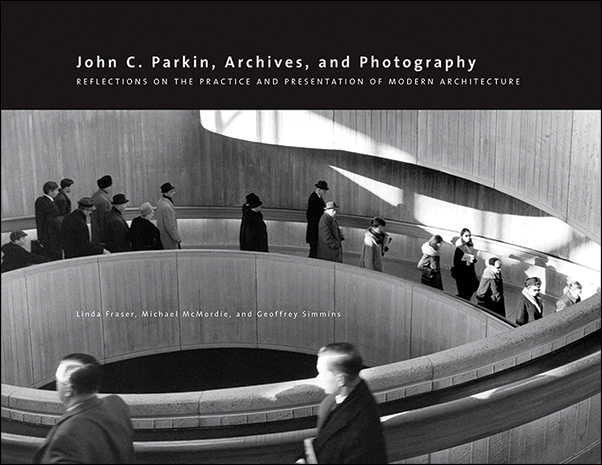 John C. Parkin, Archives and Photography: Reflections on the Practice and Presentation of Modern Architecture

Discover the exciting world of Canadian architecture in in the twentieth century in this richly illustrated exploration of one influential, highly successful, architectural firm.

Architectural practice in post-World War II Canada brought substantial change to the face of the Canadian built environment, led by the contribution of John C. Parkin. As senior partner at the Toronto-based architectural firm John B. Parkin Associates (no relation) from 1947 to the 1970s, Parkin oversaw the creation of a large number of modernist projects, including hospitals, airports, schools, shopping malls, and factories, and received national recognition for his contributions.

Linda Fraser is the Archivist and Chief Curator of the Canadian Architectural Archives.

Michael McMordie is a Professor Emeritus of the Faculty of Environmental Design at the University of Calgary and former Director of the Interdisciplinary Graduate Program. He has written numerous articles on architecture and environmental design.

Geoffrey Simmins has published numerous articles and books on Canadian architecture as well as curating exhibitions and writing video scripts.