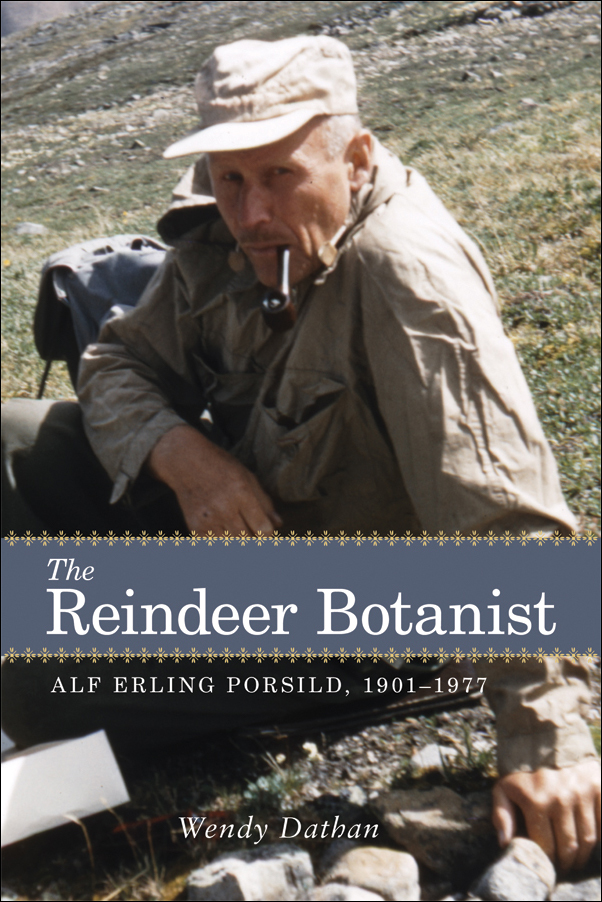 Winner of the Canadian History Association CLIO Award for The North and BPAA Award for Best Academic Book.

This well-researched book is the first biography of one of Canadas most remarkable botanists. Alf Erling Porsild (1901-1977) grew up on the Arctic Station in West Greenland and later served as curator of botany at the National Museum of Canada. He collected thousands of specimens, greatly enlarging the National Herbarium and making it a superb research centre.

For nearly twenty years, Porsild studied reindeer activities in Alaska and the Northwest Territories as part of the Reindeer Project designed to encourage grazing animal husbandry among aboriginal peoples. He published extensively, and his meticulous research and observations have particular relevance today with the growing concern over global warming in the Arctic.

Wendy Dathan studied botany at McGill University and eventually worked as Assistant/Acting Curator at the McGill Herbarium and thereafter began her research on Porsild for her masters thesis on his Canadian Reindeer Project years.

Praise for The Reindeer Botanist

A thoroughly researched, clearly executed portrait of a man whose life, in the words of one of his colleagues, “was a saga of unique experiences and accomplishments—an inspiration to all those who have faith in the capacities of an individual human mind”

In The Reindeer Botanist we get all of the fascinating details.

Dathan’s book is a truly monumental effort, and a great service to the botanical community of Canada.

The final word on The Reindeer Botanist is that it is well worth reading.