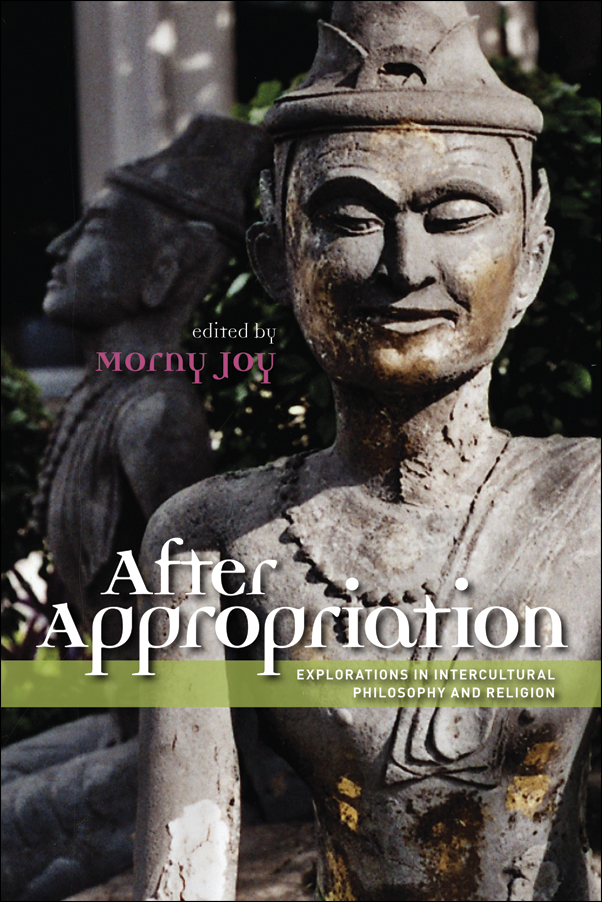 After Appropriation: Explorations in Intercultural Philosophy and Religion

Philosophic approaches to comparative religion with a specific focus on issues of appropriation and misappropriation of non-Western traditions by Western academics.

While there have been a number of specialized books in the field of comparative philosophy, and many in the field of comparative religion, there are few scholars who can address both disciplines. Furthermore, when these disciplines are virtually mutually exclusive, as in Western academia, a full appreciation of non-Western approaches to either religion or philosophy is not easily attained, and distortions, such as appropriation, often occur. Within the last ten years, there has been a concerted effort on the part of a number of Western scholars to try to address these deficiencies.

After Appropriation consists of thirteen essays, each of which addresses an issue or illustrates a problem in the interdisciplinary field of comparative religion and philosophy as it is presently conceived. Many misappropriations and exclusions have arisen from the Western tendency to reduce and manipulate the ideas and values of non-Western religions and philosophies to fit within Western concepts and categories.

How might comparative philosophy and religion change if the concepts and categories of non-Western philosophies and religions were taken as primary?

This book explores this question through analytic and phenomenological Western approaches, infused with fresh strategies and modalities derived from or inspired by non-Western traditions. In a world of increasing pluralism and continuing globalization, there is a growing need to elevate discussion of these issues to a more sophisticated level.

A truly groundbreaking collection, After Appropriation inaugurates an entirely new integrative discipline of comparative religion and philosophy, and the exceptional calibre and wide spectrum of the book’s scholarship will stimulate and propel further interest in this pivotal and fruitful direction.

Morny Joy is University Professor in the Department of Religious Studies at the University of Calgary and has published extensively in the area of women, philosophy, and religion. She is author of Divine Love: Luce Irigaray, Women, Gender and Religion.