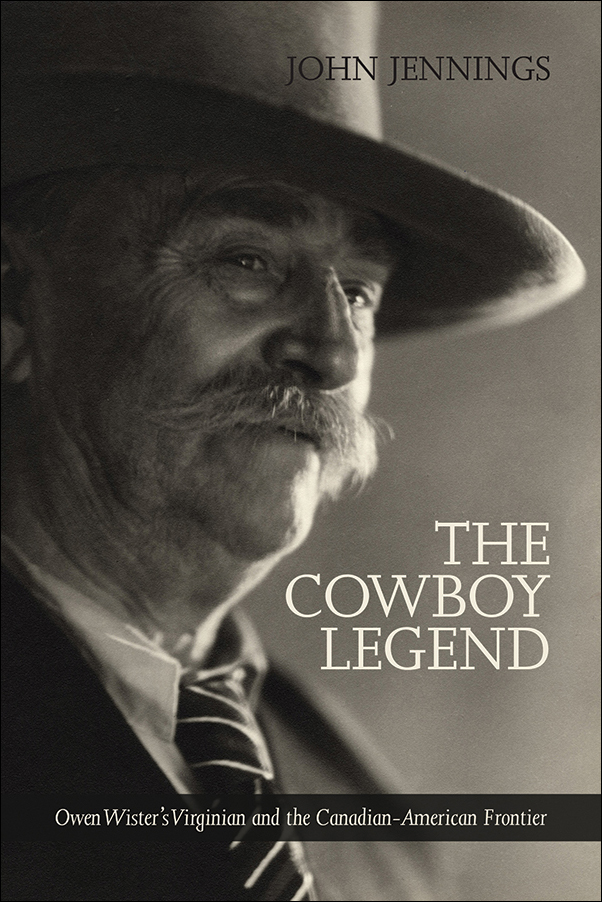 A compulsively readable, endlessly entertaining exploration of the impact of real-life cowboy Everett Johnson on the popular imagination.

The cowboy, as perhaps no other figure, has captured the imagination of North Americans for over a century.

Before Owen Wister’s publication of The Virginian in 1902, the image of the cowboy was essentially that of the dime novel—a rough, violent, one-dimensional drifter, or the stage cowboy variety found in Buffalo Bill Cody’s Wild West show. Wister’s novel was to transform, almost overnight, this image of the cowboy. Soon after its publication, Wister sent a copy, inscribed “To the hero from the author,” to Everett Johnson, a cowboy from Virginia who had been a friend of Wister’s in Wyoming in the 1880s. Johnson had migrated to Alberta by the 1890s, eventually settling in the Calgary area. Before his death in 1946, his daughter-in-law, Jean Johnson, transcribed Everett’s stories of the old west and collected them into a manuscript, now on deposit in the Glenbow Archives.

In The Cowboy Legend, John Jennings, building on Jean Johnson’s work, details the evidence that Everett Johnson was the initial and prime inspiration for Wister’s cowboy, and in the process shows that Johnson led a fascinating life in his own right. His memories of both the Wyoming and Alberta cattle frontiers provide insight into ranch life on both sides of the border, and the compelling parallel biographies of Johnson and Wister feature vignettes of legendary period figures such as Buffalo Bill Cody, Wild Bill Hickok, Wyatt Earp, and Butch Cassidy, not to mention the best man at Johnson’s wedding, Henry Longabaugh, a.k.a. the Sundance Kid.

With an impressive range of scholarship and archival research, Jennings melds this realistic study of the cowboy frontier with an intriguing account of Wister’s subsequent creation of the cowboy mystique, aided by two close friends and perhaps somewhat unexpected collaborators, Frederic Remington and Theodore Roosevelt.

As compulsively readable as it is informative, this unique contribution to western history and literature will be welcomed by fans and scholars alike.

John Jennings is a retired associate professor in the Department of History at Trent University, former member of the Canadian Equestrian Team, and currently the member for Ontario on the Historic Sites and Monuments Board of Canada. He has written extensively on the North West Mounted Police, Aboriginal-European relations in the Canadian and American wests, and the role of the canoe in Canadian history and culture.

Praise for The Cowboy Legend:

Entertainingly written . . . an excellent starting point for the ‘tenderfoot’ in Western literary studies.

Jennings’ research is impressive, involving several archival collections and a wide range of other primary and secondary sources . . . It is a fine book well worth reading for enjoyment, knowledge, insights, and reflection.

The Cowboy Legend [is] a good read for both aficionados of the frontier cowboy story and for those looking for strong academic research and analysis of the early West.