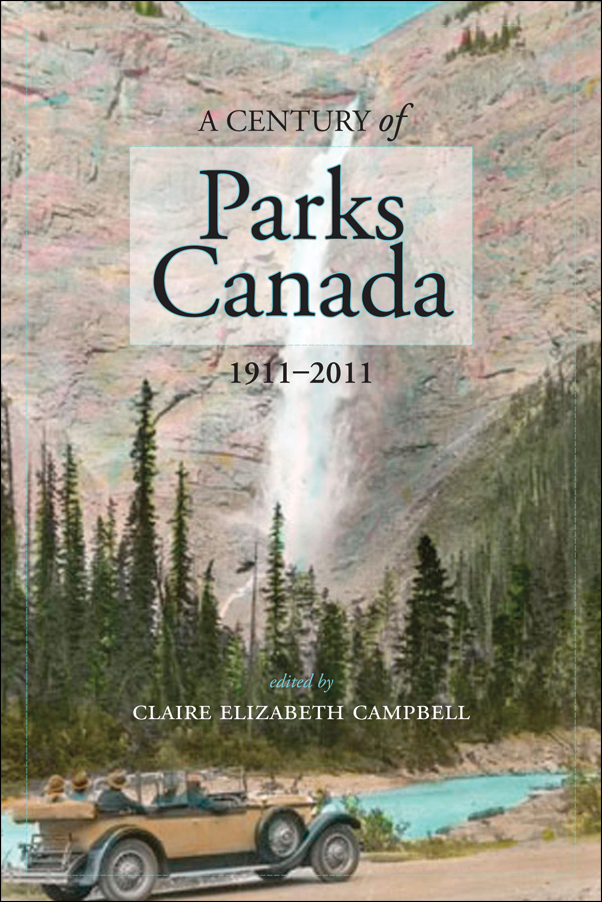 A celebration of a century of Parks Canada, from its founding as the Dominion Parks Branch in 1911 to its place as an internationally renound body managing 200, 000 km of parks and reserves over a dazzling variety of landscapes.

When Canada created a Dominion Parks Branch in 1911, it became the first country in the world to establish an agency devoted to managing its national parks. Over the past century this agency, now Parks Canada, has been at the centre of important debates about the place of nature in Canadian nationhood and relationships between Canada’s diverse ecosystems and its communities.

Today, Parks Canada manages over forty parks and reserves totaling over 200,000 square kilometers and featuring a dazzling variety of landscapes and is recognized as a global leader in the environmental challenges of protected places. Its history is a rich repository of experience, of lessons learned—critical for making informed decisions about how to sustain the environmental and social health of our national parks.

Claire Campbell is an associate professor in the Department of History and the Coordinator of Canadian Studies at Dalhousie University. She is the author of Shaped by the West Wind: Nature and History in Georgian Bayand co-editor of Groundtruthing: Canada and the Environment, a special issue of the Dalhousie Review.

A Century of Parks Canada is published in partnership with NiCHE: The Network in Canadian History and Environmental Studies.

Praise for A Century of Parks Canada:

A diverse and fascinating array of perspectives on the history of Canada’s national parks, illuminating many less well-understood aspects of the evolving place of people in and near these parks.

The standard of illustrations is exceedingly good throughout, with archival black-and-white and modern colour photos being well chosen for their interest and relevance. The importance and the clarity of maps is often ignored nowadays, but here they are excellent, and are a real bonus.