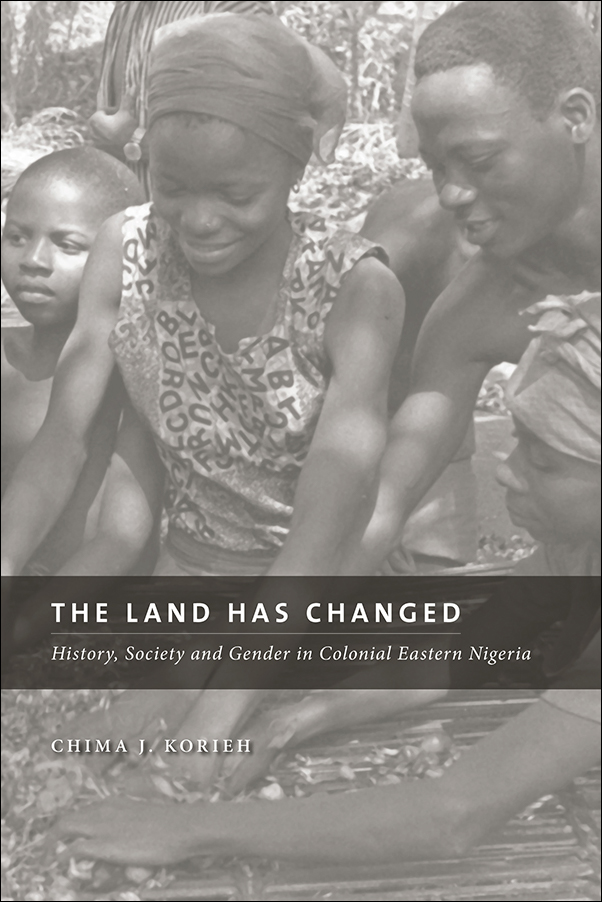 The Land Has Changed: History, Society, and Gender in Colonial Nigeria

Drawing on an astonishing array of sources, Chima Korieh points the way to a complex and inclusive understanding of the changing agricultural landscape of the Igbo region of southeastern Nigeria.

A century ago, agriculture was the dominant economic sector in much of Africa. By the 1990s African farmers had declining incomes and were worse off, on average, than those who did not farm. Colonial policies, subsequent ‘top-down’ statism, and globalization are usually cited as primary causes of this long-term decline. In this unprecedented study of the Igbo region of southeastern Nigeria, Chima Korieh points the way to a more complex and inclusive approach to this issue.

Using agricultural change as a lens through which to view socio-economic and cultural change, political struggle, and colonial hegemony, Korieh shows that regional dynamics and local responses also played vital roles in this era of transformation. British attempts to modernize the densely populated Igbo region were focused largely on intensive production of palm oil as a cash crop for export and on the assumption of male dominance within a conventional western hierarchy. This colonial agenda, however, collided with a traditional culture in which women played important social and political roles and male status was closely tied to yam cultivation.

Drawing on an astonishing array of sources, including oral interviews, newspapers, private journals, and especially letters of petition from local farmers and traders, Korieh puts the reader in direct contact with ordinary people, evoking a feeling of what it was like to live through the era. The Land Has Changed reveals colonial interactions as negotiated encounters between officials and natives and challenges simplistic notions of a hegemonic colonial state and a compliant native population.

Chima Korieh is an associate professor in the Department of History at Marquette University. He has published extensively in the areas of African social and economic history, colonialism, and gender.

Praise for The Land Has Changed

This complex study by native Igbo speaker Korieh (Marquette Univ.) combines oral evidence with mastery of documentary and secondary sources to examine Igbo agricultural society from procolonial to present times. Korieh’s stance is that of an African Nationalist, but the integrity of his use of historical evidence leads to conclusions in which British coonial rulers emerge smelling a bit sweeter than their nationalist inheritors . . . the book’s last section is pure tragedy, detailing the effects of civil war and the emergence of petroleum thereafter, which virtually destroyed the agricultural economy. Summing Up: Highly recommended.