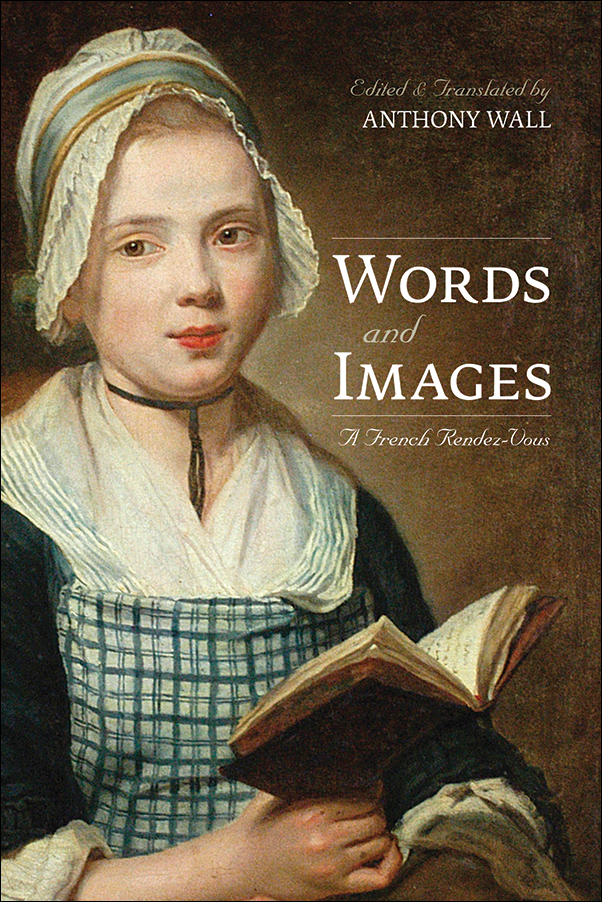 Words and Images: A French Rendez-vous

Edited and Translated by Anthony Wall

Words and images interact with each other in art and everyday life and do so in many different ways. Building on recent trends in linguistic analysis and visual semiotics, a vibrant interdisciplinary field of inquiry called “word-and-image studies” has developed over the past few decades. Much of this new scholarship, however, has originated in the French-speaking world and thus has not been available in English – until now.

Words and Images: A French Rendez-vous features six new essays translated from the French by Anthony Wall. These explorations spin an adventurous web through time – from the very beginnings of human language on prehistoric cave walls, to the textual background of early modern and Enlightenment art, to the coexistence of a poem and a coloured drawing on an exterior wall in contemporary Paris – and through interdisciplinary space, from archaeology and anthropology to art history, literary and communications theory, and philosophy of mind.

The volume concludes with a bibliographical essay that provides an extensive summary of the most recent critical studies undertaken in France, Belgium, and Canada.

Anthony Wall is University Professor in the Department of French, Italian, and Spanish at the University of Calgary. He has published extensively in the areas of comparative literature, literary theory and the philosophy of language, and the French Enlightenment.