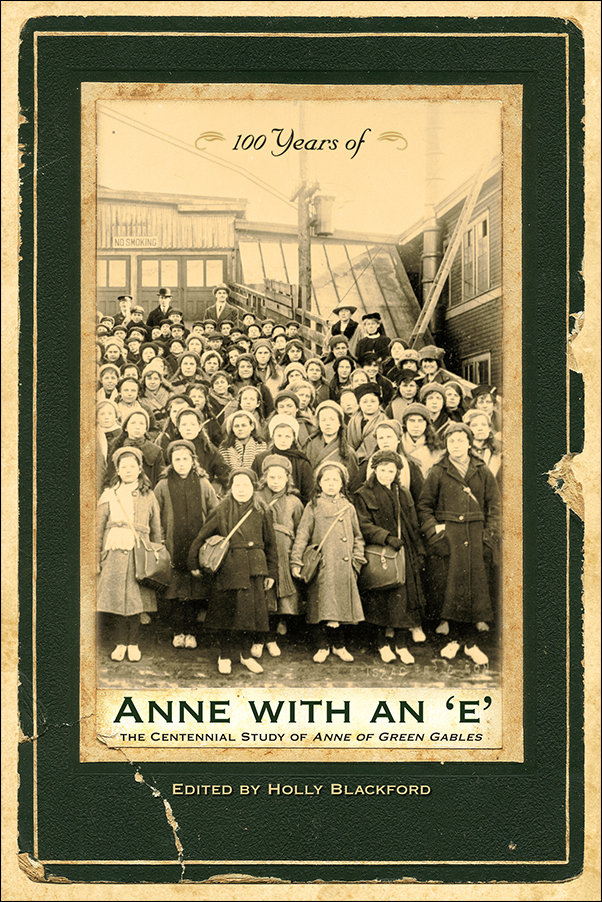 100 Years of Anne with an 'e': The Centennial Study of Anne of Green Gables

The centennial study of Anne of Green Gables, bringing together international, cross-disciplinary scholars to examine the lasting legacy and cultural impacts of the most famous girl from P.E.I.

“I cast ‘moral’ and ‘Sunday School’ ideals to the winds and made my ‘Anne’ a real human girl.” – L. M. Montgomery

Anne fans everywhere celebrated the 100th birthday of Lucy Maud Montgomery’s Anne of Green Gables in 2008. Though Anne has always been recognized as a Canadian classic, her story is loved the world over.

In 100 Years of Anne with an “e”, Holly Blackford has brought together an international community of scholars who situate L. M. Montgomery’s novel in its original historical and literary context, discuss its timeless themes, and explore its aesthetic and cultural legacy across time and place.

This new look at the beloved red-headed orphan will appeal to any reader who just can’t get enough of Anne.

Holly Blackford is an associate professor of English and scholar of women’s, children’s, adolescent, and American literature at Rutgers University. She has published extensively on novels of youth and development by such authors as Louisa May Alcott, J. M. Barrie, Margaret Atwood, Lewis Carroll, Mark Twain, Henry James, and Harper Lee. Her first book, Out of this World: Why Literature Matters to Girls, is an ethnographic study of girls who find in literature a meaningful aesthetic experience.

An invaluable aid to exploring some of the most important contextual and literary challenges and contributions of Montgomery’s novels.

A useful contribution to the ever more crowded field of Mongomery Studies.