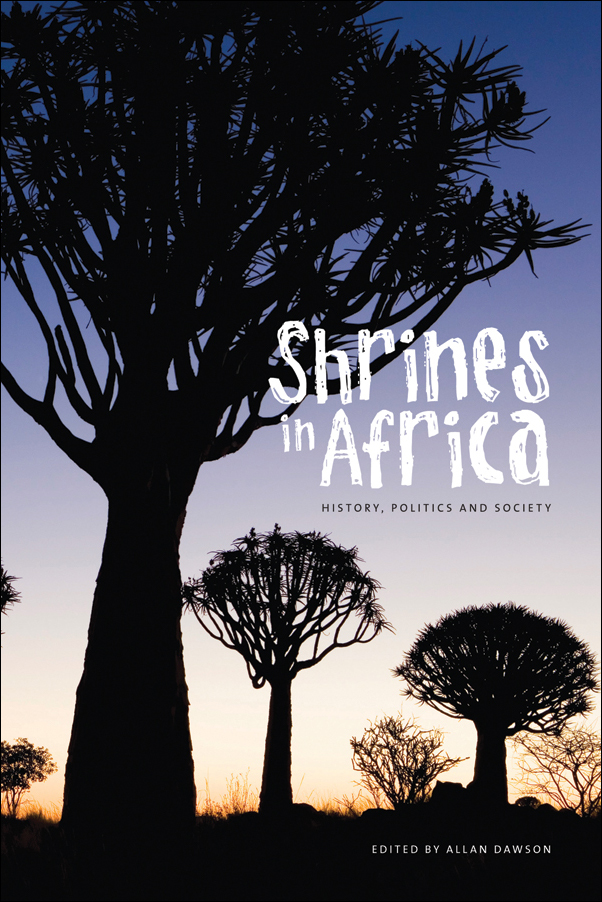 African Shrines are more than just spiritual vessels or places of worship. They are cultural signposts, markers of identity, powerful symbols of solidarity and cohesion, physical manifestations of presence and ownership, and more.

In the African context, shrines are cultural signposts that help one understand and read the ethnic, territorial, and social lay of the land. The contributions gathered here by Allan Charles Dawson demonstrate how African shrines help to define ethnic boundaries, shape group identity, and symbolically articulate a society’s connection with the land it occupies.

Shrines are physical manifestations of a group’s claim to a particular piece of land and are thus markers of identity—they represent, both figuratively and literally, a community’s ‘roots’ in the land it works and lives on. The shrine is representative of a connection with the land at the cosmological and supernatural level and, in terms of a community’s or ethnic group’s claim to cultivable territory, serves as a reminder to outsiders of ownership.

Shrines in Africa explores how African shrines, in all their variable and diverse forms, are more than just spiritual vessels or points of worship—they are powerful symbols of ethnic solidarity, group cohesion, and knowledge about the landscape. Moreover, in ways subtle and nuanced, shrines represent ideas about legitimacy and authenticity in the context of the post-colonial African state.

Allan Charles Dawson is assistant professor of Anthropology at Drew University. He has conducted ethnographic research in Africa and Latin America. His work focuses on issues of chieftaincy and ethnic identity in Ghana and on the complexities of the African diaspora along the coast of West Africa and in Brazil.

Praise for Shrines in Africa

A good source of material for the archaeology of religion in Africa. Generally, the book is rich in ethnogaphic data on the forms, structures, and functions of shrines.