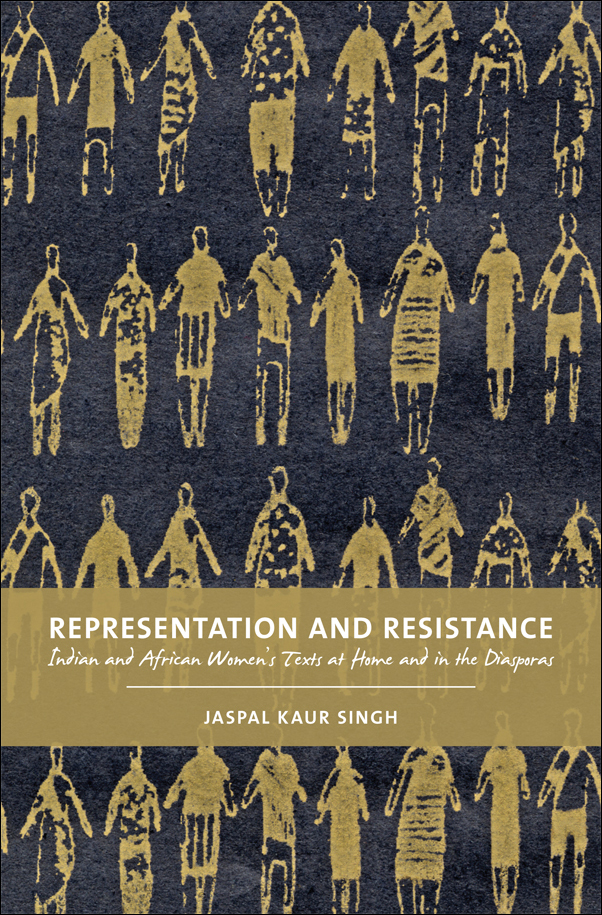 Representation and Resistance: South Asian and African Women's Texts at Home and in the Diaspora

An in-depth critical analysis of the colonial and national constructions of gender identity in the texts of Western-educated African and South Asian women.

Representation and Resistance: South Asian and African Women’s Texts at Home and in the Diaspora compares colonial and national constructions of gender identity in Western-educated African and South Asian women’s texts. Jaspal Kaur Singh argues that, while some writers conceptualize women’s equality in terms of educational and professional opportunity, sexual liberation, and individualism, others recognize the limitations of a paradigm of liberation that focuses only on individual freedom.

Certain diasporic artists and writers assert that transformation of gender identity construction occurs, but only in transnational cultural spaces of the first world-spaces which have emerged in an era of rampant globalization and market liberalism. In particular, Singh advocates the inclusion of texts from women of different classes, religions, and castes, both in the Global North and in the South.

Jaspal Kaur Singh is a professor in the Department of English at Northern Michigan University, where she teaches courses in postcolonial and world literatures.

Praise for Representation and Resistance

An in-depth critical analysis of transnational, cultural-diasporic spaces of resistance emergent in a globalized era and apparent in women writers’, filmmakers’, and artists’ renditions of identification and homing.