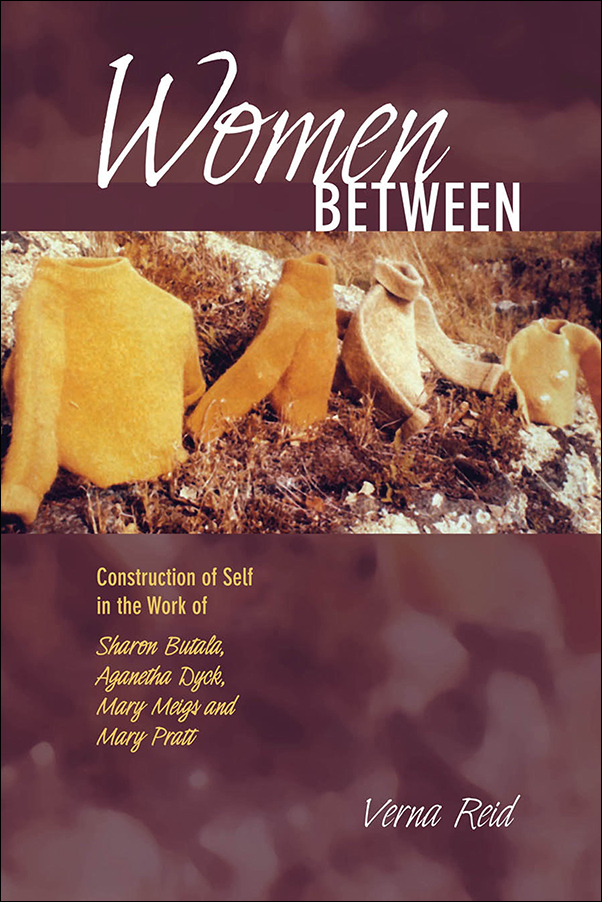 Women Between: Construction of Self in the Work of Sharon Butala, Aganetha Dyck, Mary Meigs and Mary Pratt

What does it mean to come to success and prominence as a middle-aged woman? In Women Between author Verna Reed explores the experiences of a transitional generation occupying a space between the traditional world of their mothers and the postmodern world of their daughters.

In Women Between, Verna Reid explores the evolving perceptions of “self” in the work of four Canadian women—visual artists Aganetha Dyck and Mary Pratt, and writers Sharon Butala and Mary Meigs. All four came into prominence in middle age, doing their most significant work in their mature years.

They, along with the author, are members of a transitional generation of women, occupying the space between the traditional world of their mothers and the postmodern world of their daughters. The multiple roles they have played are reflected in the strong autobiographical content present in their work.

Applying feminist and autobiographical theory, Reid considers the work of Butala, Dyck, Meigs, and Pratt in light of the influences that have shaped their senses of identity. As a contemporary of her subjects, Reid infuses her interviews with the four women with sensitivity and immediacy, lending a unique perspective to the exploration of their lives and work.

Verna Reid, an academic, teacher, and artist, was born in 1928. Like her subjects, she is part of the generation of “women between” that she describes in her book. Women Between is based on the doctoral dissertation she completed in 2003 at the age of seventy-five.

Praise for Women Between

Reid delivers . . . her own story of reading between disciplines and genres, between generations and life stories, of these artists and the work they produce.