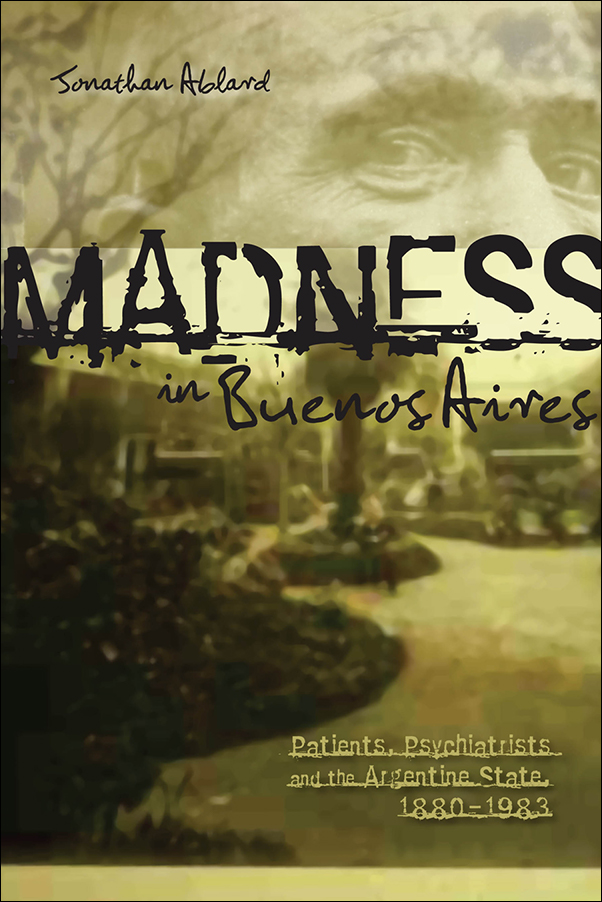 Madness in Buenos Aires: Patients, Psychiatrists and the Argentine State, 1880-1983

Madness in Buenos Aires examines the interactions between psychiatrists, patients, and their families, and the national state in modern Argentina. This book offers a fresh interpretation of the Argentine state’s relationship to modernity and social change during the twentieth century, while also examining the often contentious place of psychiatry in modern Argentina. Drawing on a number of previously untapped archival sources, Jonathan Ablard uses the experience of psychiatric patients as a case study of how the Argentine state developed and functioned over the last century and of how Argentines interacted with it.

Ablard argues that the capacity of the Argentine state to provide social services and professional opportunities and to control the populace was often constrained to an extent not previously recognized in the scholarly literature. These limitations, including a shortage of hospitals, insufficient budgets, and political and economic instability, shaped the experiences of patients, their families, and doctors and also influenced medical and lay ideas about the nature and significance of mental illness. Furthermore, these experiences, and the institutional framework in which they were imbedded, had a profound impact on how Argentine psychiatrists discussed, not only mental illness, but also a host of related themes, including immigration, poverty, and the role of the state in mitigating social problems.

Praise for Madness in Buenos Aires

This is a well written, carefully researched contribution to the history of medicine in Latin America and a refreshing revision to the now accepted wisdom that these institutions served as instruments of political policing and social control.

A particular strength of Madness in Buenos Aires are the multiple perspectives that emerge from the at-times heart wrenching narratives from inside the asylums, in which not only patients and their families but well-meaning doctors suffered tragic setbacks. Thus Ablard’s book adds important new dimensions to our understanding of the acceleration of modernity in turn-of-the-century Argentina and its concomitant social effects, a subject of great interest to scholars who study this South American nation.

Ablard’s emphasis on the institutional aspects of Argentine public psychiatry is a good corrective for our morbid interest in the more dramatic and expressive side of mental illness, since it allows him to look in a clear-eyed fashion at the long-term relationship between the Argentine state, the mad, and the psychiatric establishment.

Ablard shows something that many scholars have suspected but no one has been able to prove: that despite discourses and intentions, the Argentine state has been historically weak and therefore its ability for exercising social control has been very limited. I hope that Ablard’s book will encourage other scholars to take a fresh look at other dimensions of social control in Argentina.

—Mariano Ben Plotkin, author of Argentina on the Couch: Psychiatry, State, and Society, 1880 to the Present