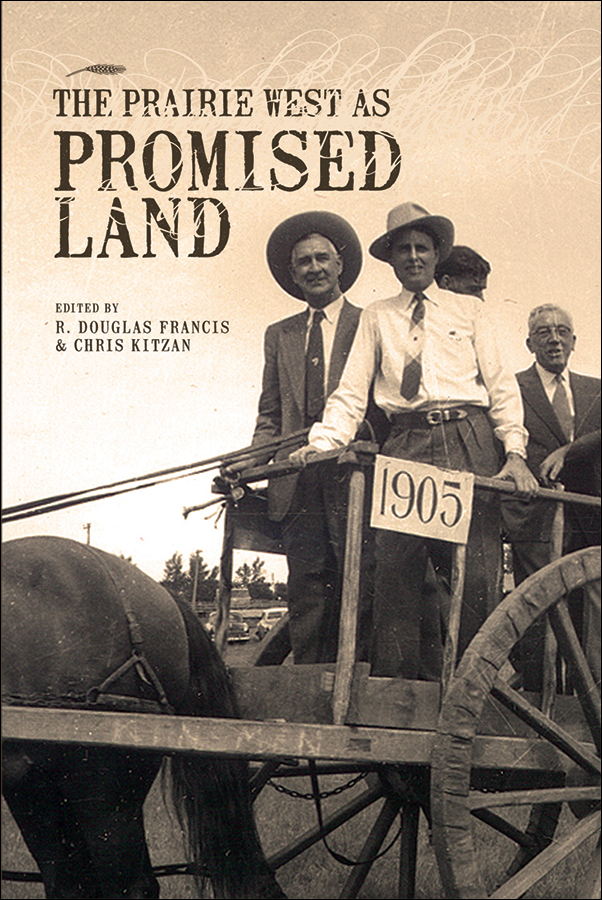 The Prairie West as Promised Land

Bringing together some of the best-known Prairie Historians, The Prairie West as Promised Land examines the ways the Canadian West has been presented and perceived as a place of unbridled opportunity and unlimited profit.

So the emblem of the West / Our bright Maple Leaf is bless’d  / To its children of the goodly open hand; / All the nations of the earth / Are now learning of its worth / And are flocking to this wealthy, promised land. – The Sugar Maple Tree Song, 1906

In 1906, the Sugar Maple Tree Song was just one example of the rhapsodic pieces that touted the Prairie West as the “promised land.” In the formative years of agricultural settlement from the late nineteenth century to the First World War, the Canadian government, along with the railways and other Prairie boosters, further developed and propagated this image within the widely distributed promotional literature that was used to attract millions of immigrants to the Canadian West from all corners of the world.

Some saw the Prairies as an ideal place to create a Utopian society; others seized the chance to take control of their own destinies in a new and exciting place. The image of the West as a place of unbridled prosperity and opportunity became the dominant perception of the region at that time. During the interwar and post-World War II eras, this image was questioned and challenged, although not entirely replaced, thus showing its pervasive influence.

R. Douglas Francis is a professor of history at the University of Calgary. He has published extensively in the areas of Canadian and western Canadian intellectual and cultural history.

Chris Kitzan manages content creation for Library and Archives Canada’s Web Content and Services Division. Formerly a curator at the Canadian Museum of Civilization, Chris has more than fifteen years experience authoring historical productions, exhibitions, and publications for both academic and popular audiences.

Praise for The Prairie West as Promised Land

The variety of angles from which the theme is approached, combined with the authority of the authors, make this a potentially seminal volume for those with interests in the history and culture of Canada during the first half of the twentieth-century.