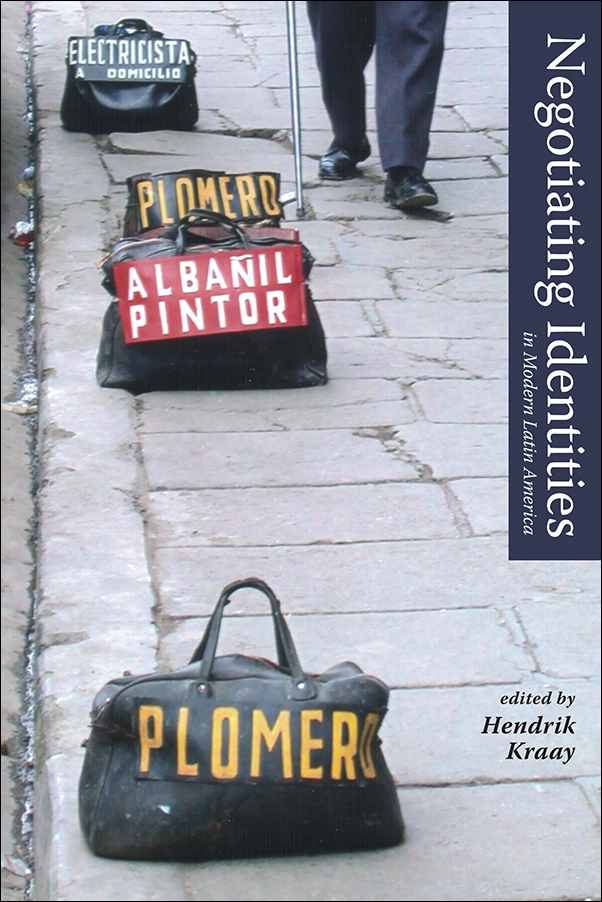 How do people define their collective identities? What are the uses and meanings of identities, and how can historians and anthropologists research such intangible topics? How can the study of identities contribute to the study of complex societies, and of the individuals within them?

Negotiating Identities in Modern Latin America explores some of the ways in which people define their membership in groups and their collective identity, as well as some of the challenges to the definition and maintenance of that identity. This interdisciplinary collection of essays, addressing such diverse topics as the history of Brazilian football and the concept of masculinity in the Mexican army, provides new insights into questions of identity in nineteenth- and twentieth-century Latin America.

The essays cover a wide range of countries in the region, from Mexico to Argentina, and analyze a variety of identity-bearing groups, from small-scale communities to nations. Hendrik Kraay has gathered contributions from historians and anthropologists. Their individual methodological and theoretical approaches combine to paint a picture of Latin American society that is both complex and compelling. The chapters focus on the day-to-day construction of identity among ordinary people, from American nationals living in Peru to indigenous communities in Argentina.

Hendrik Kraay is a professor and head of the Department of History at the University of Calgary. He is the author of Race, State, and Armed Forces in Independence-Era Brazil: Bahia, 1790s-1840s and has edited several other scholarly volumes.

This collection encourages us to reflect upon the uses and meanings of identity and the methodologies and research questions historians and anthropologists might employ to get at such an intangible topic. All the more admirable, since, though the state seems present in each chapter (even when just in the background), it is the quotidian identity that most of these works seem to unveil