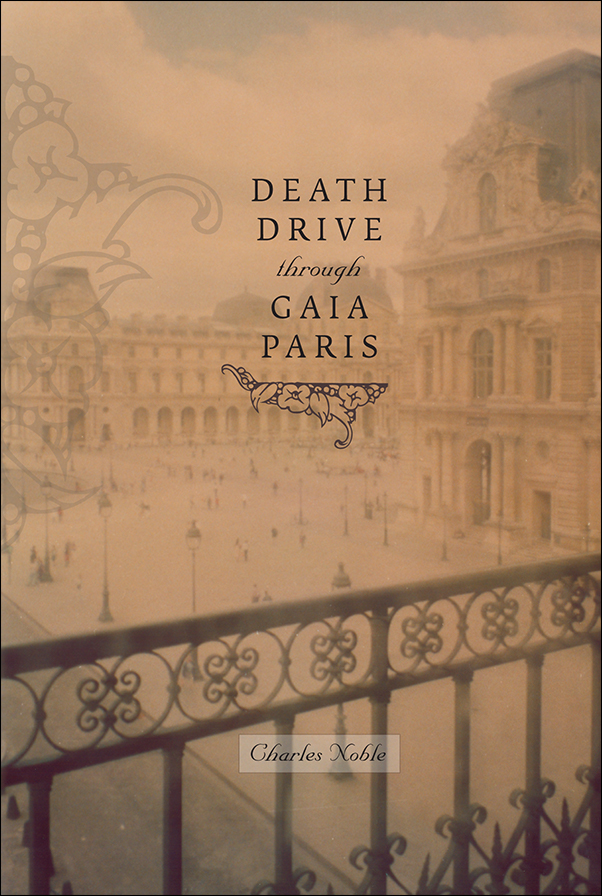 In this collection of poetry, Charles Noble further reins in an already tight form—haiku—only to let loose a “logopoeic” poetry. He presents poems of extraordinary rigour and riddles of wit that are solved by “lifetime” insights—a dialectical poetry that still observes a phenomenological toehold but transcends the limits of locality in recognizing the curled–up–but–everywhere world of media and markets—la Fredric Jameson.

And yet, these “haikus”” go straight—to “the shock of the naive.” They turn to a middle ground, in Aristotle’s sense of difficult target. They point to human acts, human reactions, and enact, themselves, a meta-linguistic wrestling, at one with the quarreling couple in the bar hanging on each other’s words and insistent with “What do you mean by [a simple word]?”

But they are also implicated in what he calls the death drive (not death wish), which arcs freely over a human life span—think architecture—and which, more radically, in the “pleated/ crossword,” “make[s]/ good// a/ bit/ of/ bad/ infinity,” no expenses, save for that toehold, earth, as he would have it.

Charles Noble was born in Lethbridge and raised in Nobleford. He earned his BA in English and Philosophy from the University of Alberta, and is the winner of the Writer’s Guild of Alberta Poetry Award. Charles now divides his time between Banff and Nobleford, where he farms with his brother, Bryan, and his family.

Noble’s work has always engaged, in its own way, with the Western Canadian tradition of poetry of intellectual experiment grounded in local experience . . . Death Drive marks a counter-turn in the work of one of Southern Alberta’s most distinctive writers.

An innovative collection of logopoeic haiku and senryu.