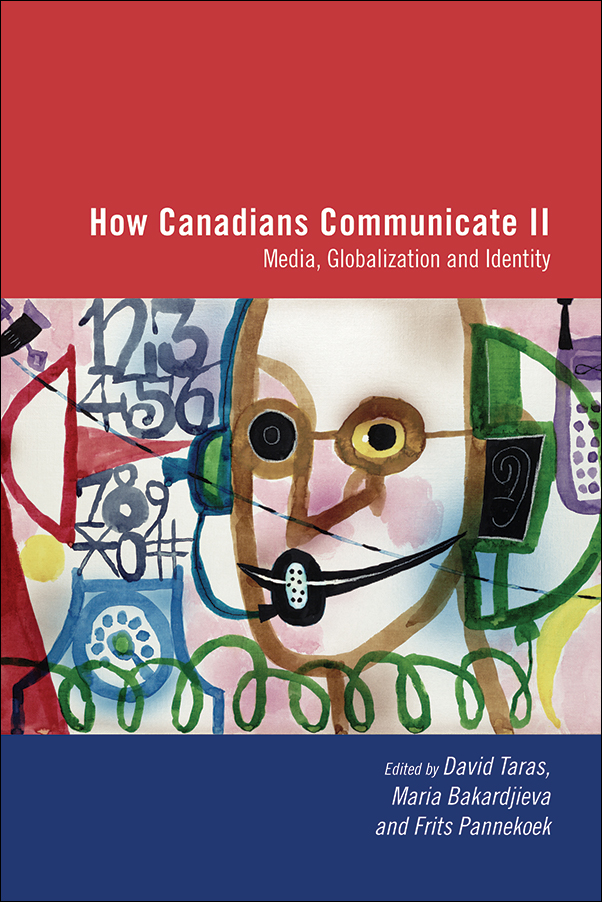 New technologies and methods of communication are changing the ways that Canadians communicate in profound and unexpected ways. What is the future for Canadian cultural identity?

Building on How Canadians Communicate this second volume embarks upon a new examination of Canada’s current media health and turns its attention to the impact of globalization on Canadian communication, culture, and identity.

This new collection of essays includes contributions from experts from a wide range of specialties in the areas of communication and technology. Some, as the editors point out, are optimistic about the future of Canadian media, while others are pessimistic. All, however, recognize the profound impact of rapidly changing technologies and the new globalized world on Canadian culture.

The contributors highlight the new tools such as blogs, Blackberries, and peer-to-peer networks that are continuously changing how Canadians communicate. And, they explore the various ways in which Canada is adapting to the new climate of globalization, suggesting new and innovative paths to further define and strengthen our uniquely Canadian cultural identity.

David Taras is the Ralph Klein Chair in Media Studies at Mount Royal University. He is the author of The Newsmakers: The Media’s Influence on Canadian Politics and Power and Betrayal in the Canadian Media.

Frits Pannekoek is the president of Athabasca University.

Maria Bakardjieva is a professor in the Department of Communication and Culture at the University of Calgary.

Praise for How Canadians Communicate II

[A]  trenchant and timely analysis of the state of Canadian communication.

Media, Globalization and Identity in Canada: An Introduction

From Assumptions of Scarcity to the Facts of Fragmentation

Canadian Communication and the Spectre of Globalization: "Just another word…"

Other People’s Money: The Debate over Foreign Ownership in the Media

On Life Support: The CBC And the Future of Public Broadcasting in Canada
Marc Raboy and David Taras

B. The Quest for Identity

Dimensions of Empowerment: Identity Politics on the Internet
Maria Bakardjieva

C. The Struggle for Control

Download This!: Contesting Digital Rights in a Global Era: The Case of Music Downloading in Canada
Graham Longford

Broadband and the Margins: Challenges to Supernet Deployment in Rural and Remote Albertian Communities
David Mitchell