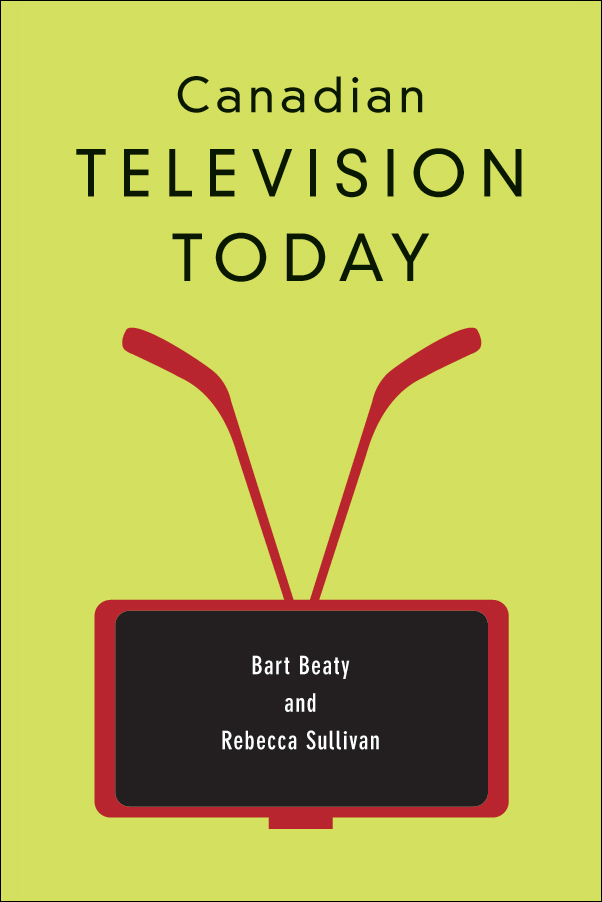 By Bart Beaty and Rebecca Sullivan

Canadian television should serve the cultural needs of all Canadian citizens. Bart Beaty and Rebecca Sullivan offer suggestions for the future of an ever-evolving medium.

What’s on TV? Canadian Television Today explores the current challenges and issues facing the English-language television industry in Canada. Television in Canada has long been one of the principal conduits of national identity. But has it kept pace with the rapidly changing landscape of Canadian culture?

After presenting an overview of the main issues and debates surrounding the Canadian small screen, Beaty and Sullivan offer their suggestions for the future of the medium. They argue that in today’s globalized world, Canadian television should be a more fitting reflection of Canada’s multicultural society, embracing a broader range of languages, cultures, and viewing strategies.

Visualizing the potential reach of a revitalized industry, Beaty and Sullivan illustrate the promise and possibility of Canadian television that serves the cultural needs of all its citizens.

Bart Beaty is an Associate Professor in the Department of English at the University of Calgary. He has written and published extensively on cultural studies and issues in communication theory.

Rebecca Sullivan is an Associate Professor in the Department of English at the University of Calgary. She has written and published extensively on cultural studies and issues in communication theory.

Canadian Television Today is an ambitious and far-reaching discussion about the state of Canadian television programming. Covering a broad range of cultural, aesthetic, technical, regulatory, and economic issues, Beaty and Sullivan have co-authored a welcome addition to a fairly narrow canon of investigation . . . Presented in a clear, accessible style, Canadian Television Today raises important questions not only about broadcasting but also about wider cultural issues facing all Canadians.

A provocative, highly polemical and entertaining essay that will no doubt open up all kinds of debate.