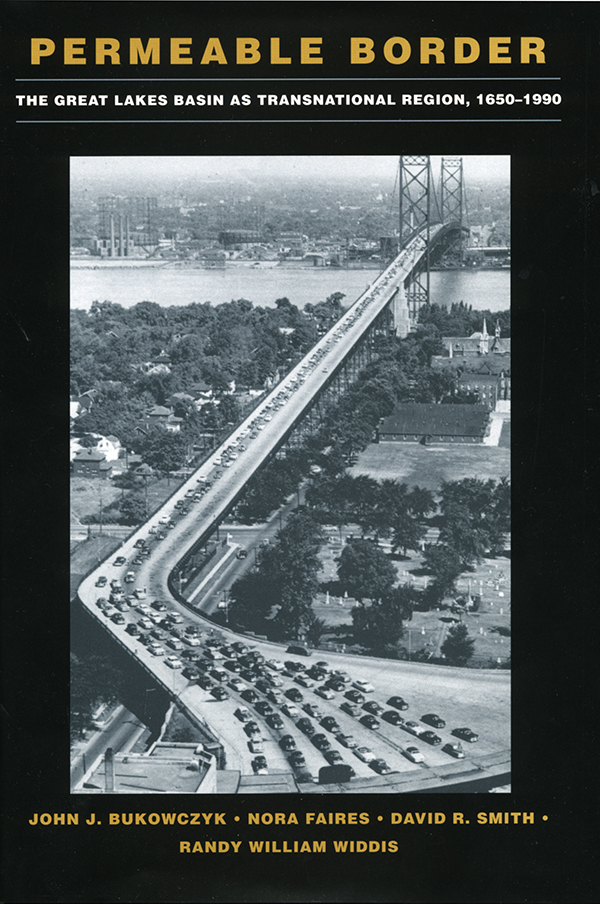 Winner of the Albert B. Corey Prize for Candian-American Relations and shortlisted for the Association of Borderlands Studies book award, Permeable Border is a much-needed history of the economic development of the Great Lakes Basin.

From the colonial era of waterborne transport, through nineteenth-century changes in transportation and communication, to globalization, the history of the Great Lakes Basin has been shaped by the people, goods, and capital crossing and recrossing the U.S.-Canadian border.

During the past three centuries, the region has been buffeted by efforts to benefit from or defeat economic and political integration and by the politics of imposing, tightening, or relaxing the bisecting international border. Where tariff policy was used in the early national period to open the border for agricultural goods, growing protectionism in both countries transformed the border into a bulwark against foreign competition after the 1860s. In the twentieth century, labour migration, followed by multinational corporations, fundamentally altered the customary pairing of capital and nation to that of capital versus nation, challenging the concept of international borders as key factors in national development.

In tracing the economic development of the Great Lakes Basin as borderland and as transnational region, the authors of Permeable Borderhave provided a regional history that transcends national borders and makes vital connections between two national histories that are too often studied as wholly separate.

John J. Bukowczyk is professor of history and director of the Canadian Studies Program at Wayne State University in Detroit.

Nora Faires is associate professor of history and women’s studies at Western Michigan University in Kalamazoo.

David R. Smith is a history instructor and academic advisor at the University of Michigan, Ann Arbor.

A well-researched effort on the part of the four authors. It is a needed addition to the professional literature on this subject. They are able to weave together a discussion of the economic, political and social aspects of developments in the Great Lakes region for a long period of time. Moreover, they are able to fit the situation existing in the Great Lakes area into a broader historical context for both Canada and the United States.

Four authors have shared the daunting task of describing the development of a region that seems to defy recognition and cohesion . . . Valuable to readers interested in North American trade history, or the relationship between the United States and Canada.

—Mel Prewitt, The Annals of Iowa