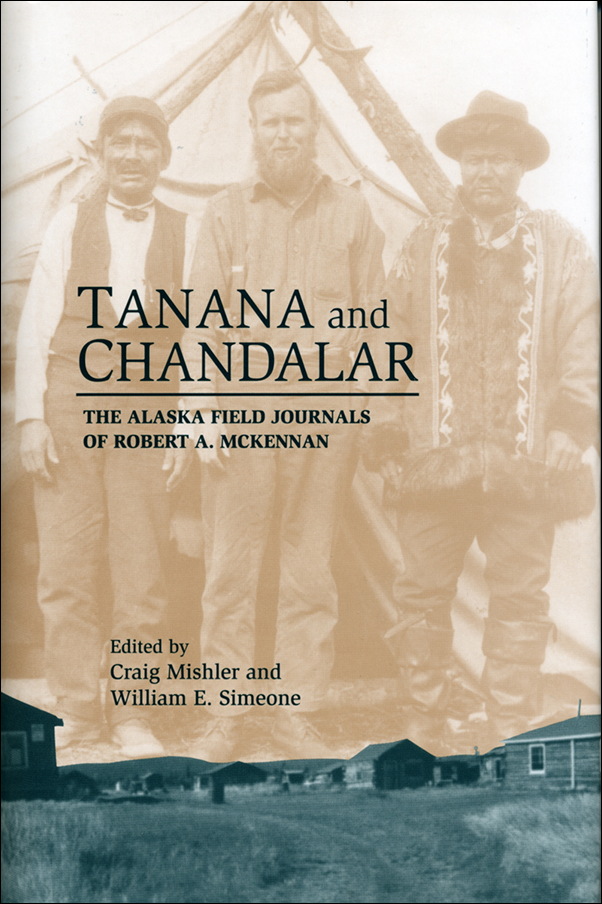 Tanana and Chandalar: The Alaska Field Journals of Robert A. McKennan

A chronicle of the day-to-day experiences and struggles of Robert A. McKennan as recounted in field journals written during expeditions to remote regions of Alaska between 1929 and 1933.

One of Alaska’s premier ethnographers, Robert A. McKennan (1903-1982) spent the years between 1929 and 1933 in several remote Native villages where he documented Interior Athabaskan life in a series of books and journals. McKennan’s journals are an extraordinary window onto Athabaskan culture before it was radically transformed by social changes following World War II.

While McKennan’s two major ethnographies on the Tanana and the Gwich’in (Kutchin) represent the scientific aspects of his work, his voluminous letters and journals form an equally significant part of anthropology’s humanistic tradition. McKennan chronicles both his day-to-day struggles to survive in the Alaska wilderness and his frustrations as an anthropologist. He recorded his field methods and the difficulties he encountered in pursuing his research. The result is a personal memoir of a dedicated researcher and sensitive observer.

Historic photographs, maps, and a bibliography of McKennan’s publications honour his legacy and highlight his lasting contributions to Alaska Native history and anthropology.

Craig Mishler received his doctorate in anthropology and folklore from the University of Texas. He is the author or editor of several books on northern anthropology.

William E. Simeone has been a VISTA volunteer, a paralegal, a labourer on the Trans-Alaska pipeline, and an anthropologist working for the Alaska Department of Fish and Game. In 1990, he received a PhD in anthropology from McMaster University.