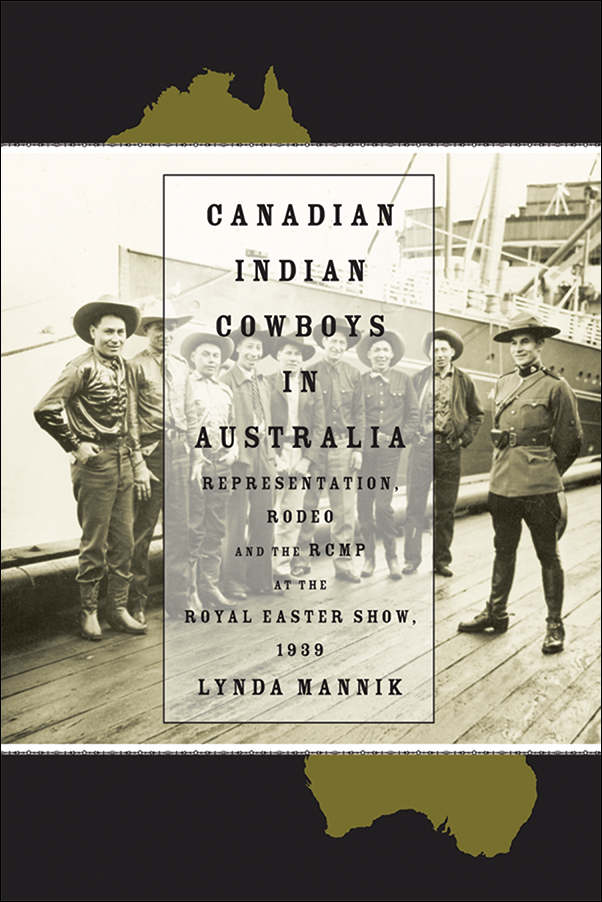 Canadian Indian Cowboys in Australia: Representation, Rodeo, and the RCMP at the Royal Easter Show, 1939

In 1939, a group of eight Indigenous rodeo riders travelled to Australia to compete in the Royal Easter Show, accompanied by an RCMP officer. This intriguing account offers multiple perspectives of a few short weeks that reveal new insights into the construction of identity, social relationships, and colonial power.

The big new thrill at this year’s Royal Show will be the Chuck Wagon Races, with Red Indians in full war-paint going helter-skelter around the arena, chuck wagons swaying and jostling perilously, horse teams urged with wild whooping into a frenzy of speed. – Newspaper advertisement, Sydney, Australia, March 1939.

In 1939, a troupe of eight rodeo riders, accompanied by an RCMP officer, travelled to Sydney, Australia, to compete in the Royal Easter Show. The men were expected to compete in various rodeo events, as well as to sell handicrafts at the fair’s “Indian village,” where they also camped. International competition in rodeo was very rare at the time, and the team proved to be a popular draw for Australian audiences.

This little-known moment in Canadian history is explored in Canadian Indian Cowboys in Australia. Lynda Mannik uniquely incorporates five different perspectives of the event: that of the Royal Agricultural Society of New South Wales; the Canadian government; the eight Indigenous men who participated; the RCMP officer who traveled with the team; and the Australian public. These multiple perspectives offer insight into the constructs of identity and visual representation as they are influenced by intercultural, social, and power relationships.

Lynda Mannik is a SSHRC Postdoctoral Fellow in the Department of Anthropology at Memorial University. In 2005, she received the Governor General’s Gold Medal for the graduate student with the highest academic standing from Trent University, where she completed her master of arts degree in Canadian Studies and Native Studies. She received her doctorate from York University in 2009.

Canadian Indian Cowboys is a finely grained, detailed analysis of a single event in which First Nations seized a unique opportunity to represent themselves internationally . . . The Royal Easter Show lasted a few short weeks in 1939 but, through Mannik’s intriguing treatment, it returns to offer new insights into the interactions between Aboriginal and non-Aboriginal people on the world stage.