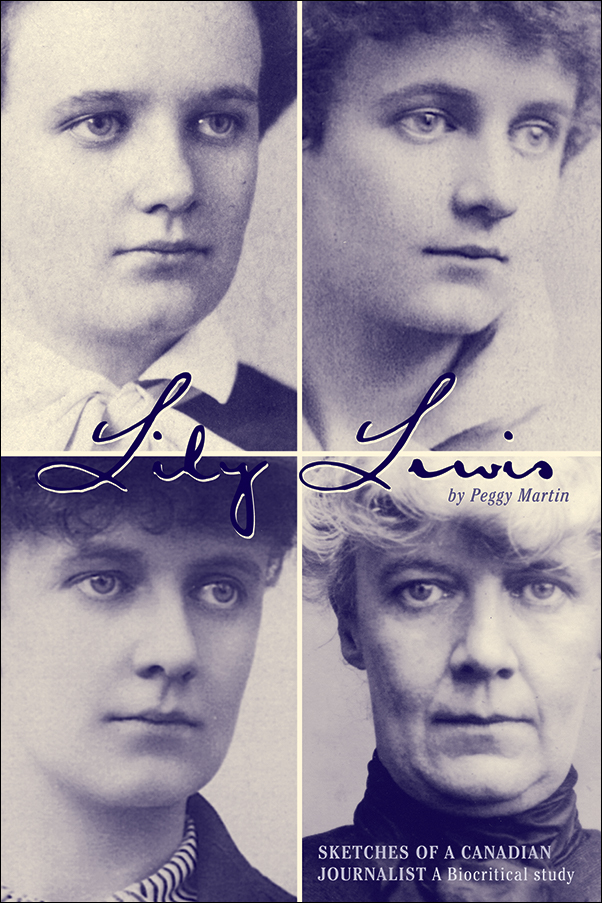 Lily Lewis: Sketches of a Canadian Journalist: A Biocritical Study

Lily Lewis, Canadian writer and journalist, author of a popular advice column, influential world traveller, has been nearly forgotten to history. Peggy Martin rakes the archive to discover her untold story in this fascinating book that reclaims Lily Lewis as a Canadian literary figure.

Canadian writer and journalist Lily Lewis is not a household name. In fact, she never was. The work Lewis is best known for—Montreal Letter a popular column which appeared in the Toronto newspaper The Week in the late 1880s—was written under the pseudonym Louis Lloyd.

In 1888, Lewis and fellow writer Sara Jeannette Duncan embarked on a journey around the world, sending articles about their travels back to their respective newspapers, The Week and the Montreal Daily Star. Lewis became immortalized as a character in Duncan’s fictionalized account of their journey, but as a writer she has been almost entirely forgotten to history. Though Lewis continued to publish a variety of work up until 1912, her writing prior to and following her world tour has received no critical attention, and almost nothing has been known about her personal life.

Peggy Martin’s painstaking research has brought new details to light. She examines Lewis’s work in the context of Canadian travel writing and journalism at the turn of the century and discusses her use of the sketch as her preferred literary form. Part critical study, part biography, part edited collection, this volume provides new insight into feminist expression in the nineteenth century and reclaims Lily Lewis’s place in Canadian literary history.

Peggy Martin teaches in the Department of English at the University of Saskatchewan.

Martin deserves credit for her detective work on Lewis, whose career started off in such a promising way, and whose life ended so sadly.

An important addition to the study of late-nineteenth-century Canadian writing.